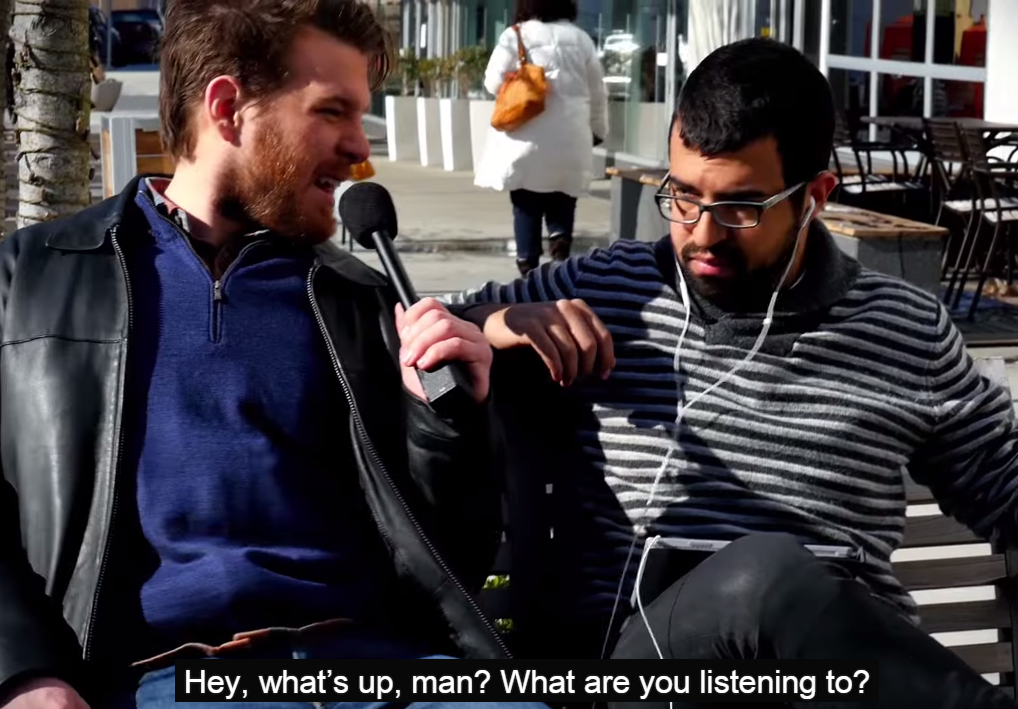 Your wireless carrier would love to give you all sorts of crazy-cool stuff… but now the mega-bogus FCC is trying to spoil the party. Bummer! The CTIA Wireless Association has put out a new video arguing against FCC chairman Tom Wheeler’s proposal to reclassify both wireline and wireless broadband services under Title II of the Telecommunications Act and it tries to make the case that opposing this move is a totally hip thing to do.

FROM EARLIER: If AT&T hates the FCC’s net neutrality plan, it has only Verizon to blame

The video starts off with a cool dude in a leather jacket who says he wants to “hit the streets to find out what people think of net neutrality and Title II.” Of course, asking the average person on the street for their opinion on Title II of the Telecommunications Act is about as hot a conversation starter as telling people about your collection of petrified insect sphincters, but we’ll play along for now.

The first person our leather-clad hero approaches says he loves the wireless signal he’s getting on his phone. Our hero then informs him that if the FCC passes its plan, wireless companies will stop investing in upgrading their networks and he’ll never get faster speeds.

Of course, in reality the FCC just had a hugely successful spectrum auction for the AWS-3 band that pulled in nearly $45 billion worth of bids, including over $18 billion worth of bids from AT&T. If the wireless industry is too frightened of the FCC’s proposed rules to upgrade its networks, it has a funny way of showing it.

Later in the video, our hero interviews a guy listening to some sick beats on his phone and asks him how he can stream so much music without going over his monthly data limit. He says that his carrier pays for all music streaming data so it doesn’t count against the cap and our hero informs him that the FCC would ban this practice because it’s opposed to “sponsored data” programs.

Of course, what the video fails to mention is that only T-Mobile will actually exempt your music streaming data from its monthly limits, whereas AT&T and Verizon are all too happy to slap you with overage fees if you go over your limit.

And given how wireless data caps are such an artificial construction anyway, it’s ridiculous to say that it will be the FCC’s fault if one carrier can’t offer special music streaming services if it gets reclassified under Title II. After all, carriers could solve this problem themselves by simply eliminating data caps all together.

Check out CTIA’s full video below, although we predict it will have about as much impact on the popular consciousness as abstinence pledges have on teenagers’ behavior.