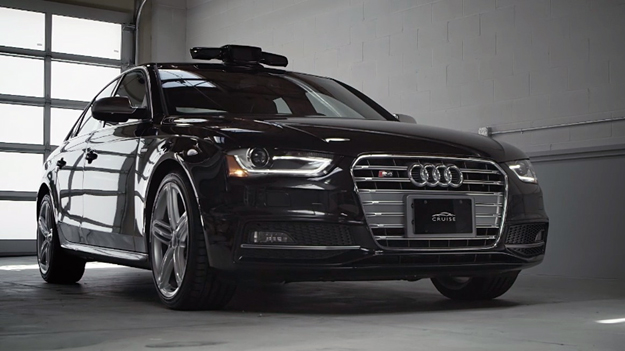 News of Google’s work on driverless cars certainly finds its way into the media more often than news covering other companies in the space, but that hardly means Google is the only company making exciting progress. While Google is hard at work producing its own autonomous vehicles, San Francisco-based startup Cruise Automation is taking a different approach to tackling the same market. Instead of developing its own vehicles, the company has created a $10,000 accessory that may someday be able to be retrofitted to any car to turn it into a driverless car.

This week, Cruise began taking pre-orders for its RP-1 system, which can be fitted to an Audi A4 or S4. The company is offering 50 units at $10,000 a piece and it says it will begin installing them in cars in early 2015.

Cruise’s RP-1 is not as complex a system as the driverless cars Google is building. Instead, it is an “autopilot” system for use on highways. Drivers must control the vehicle until they are on a highway in their desired lane. Then a tap of a button enables the RP-1, which controls acceleration, braking and steering until it is disabled when the driver taps a pedal or takes control of the wheel.

The RP-1 only works with a couple of Audi models for the time being, but the company is already working to support additional vehicles. “We have plans to expand to other models,” Cruise founder Kyle Vogt told Forbes. “We haven’t made formal decisions to what would be next.”

Also of note, the system still requires the driver to pay attention. “We need to be collecting data to make our system smart and reliable enough where they can drive without you paying attention,” Vogt noted. “That’s the long term goal.”