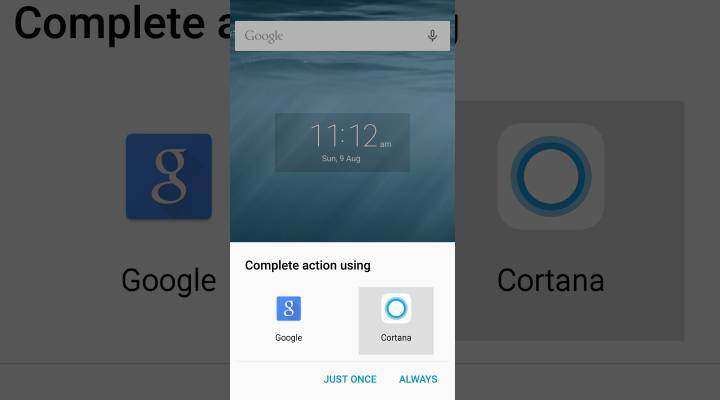 Microsoft has been making some killer Android apps lately and now it seems the company has come up with another way to have its software replace standard Google apps on Android phones.

Google Now is Google’s voice assistant, which uses all the data about you to deliver a personalized automated assistant experience. Google Now is baked into Google’s Search app on Android, and anyone can use the virtual assistant on an Android device.

Microsoft’s move to replace Google Now is certainly daring, as Google’s rival is apparently trying to replace a core functionality of Android, which could turn out to be beneficial for the company.

Using Cortana on an Android device and a Windows 10 computer might make some sense to some smartphone owners, and could help Microsoft generate more revenue from both hardware and ad sales in the future.

However, while you can make Cortana the default voice assistant on your Android device, the service is still in its infancy on Android. You can’t activate Cortana via a voice command just yet, and don’t be surprised if you find various hiccups along the way – after all, this is a beta app for the time being. Try it for yourself by clicking this link.