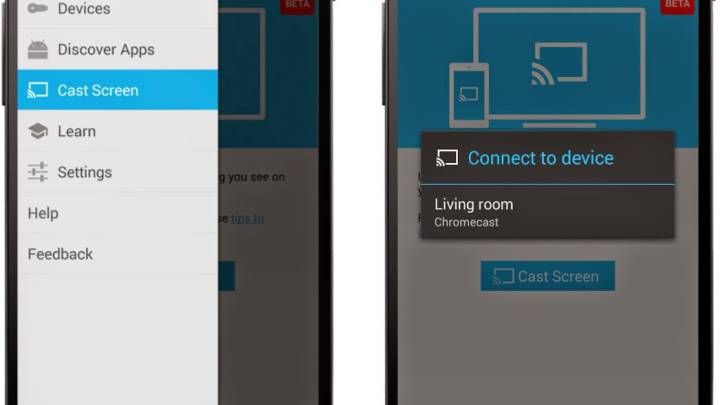 Google announced on Wednesday on the Official Android Blog that Chromecast owners will now have the ability to mirror the screens of their Android tablets and smartphones to their TVs starting this Wednesday. Whatever you’re doing on your device, from viewing photos and videos to using an app or playing a game, it will be viewable on the TV screen.

In order to activate this new functionality, select the “Cast Screen” option from the navigation drawer within the Chromecast app and choose the device with which you want to connect. If you have a Nexus phone or tablet, you can go straight to the quick settings menu to find the feature.

Mirroring is currently in beta and Google has provided a list of all the supported Android devices:

If you want to begin mirroring through Chromecast, be sure to download the 1.7 update of the Chromecast app on the Google Play store as it begins rolling out for the listed devices in the coming days.