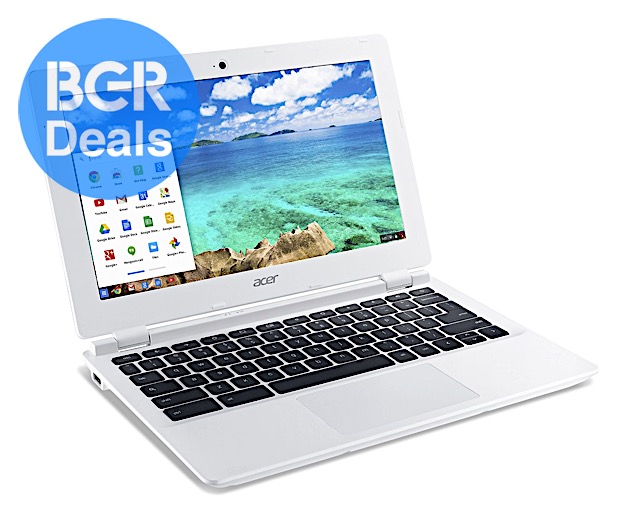 Google Chrome is not just a web browser, it is also a very simple and intuitive operating system. Since Google launched the operating system a few years back, Chrome desktops and laptop computers have been hitting the market. The latter of the two have become quite popular and just like that, it’s time to check out the top five best-selling Chromebooks on Amazon!

First up we have the Acer Chromebook 15, which is one of the larger Chromebooks on the market. It has 191 customer reviews on Amazon and comes in at 4.3 stars. It features 32GB of internal storage, but fear not as a majority of your files will live in the cloud, plus you will get 100GB of Google Drive storage for two years at no cost. In fact this free storage offer comes with the purchase of most Chrome devices.

This model also has a 15.6-inch Full HD IPS display, which will let you do more courtesy of a larger screen. Acer still managed to keep the device affordable at $324.08 with free Prime shipping, as well.

Next up we have a Chromebook from Asus, which is smaller than the Chromebook 15 from Acer, as it has a 11.6-inch display. It has 4.4 stars with over 250 reviews, plus it is a fast machine powered by a 1.8GHz processor with 4GB of RAM.

You might be thinking to yourself, is this the same product; and it pretty much is — except this variant only has 2GB of RAM. It is super affordable at just $169.99 and still packs 16GB of internal storage, a 11.6-inch display, up to 13 hours of battery life and more.

As you can tell, the Chromebook market is quite packed and there are plenty of other manufacturers in the game, like Toshiba.

This 13.3-inch model from Toshiba comes in as the second best-selling Chromebook on Amazon. It costs $299.99 and is Prime eligible, but it is also quite a bit more expensive then the other devices on this list. It has 16GB of internal storage, 4GB of RAM, an Intel Celeron Processor and a 13.3-inch IPS LCD display.

And the number one Chromebook on Amazon is an 11.6-inch Chromebook by Acer, which is incredibly affordable at $177. This model comes in a moonstone white color and has 2GB of RAM, 16GB of internal storage and a 2.16GHz processor.