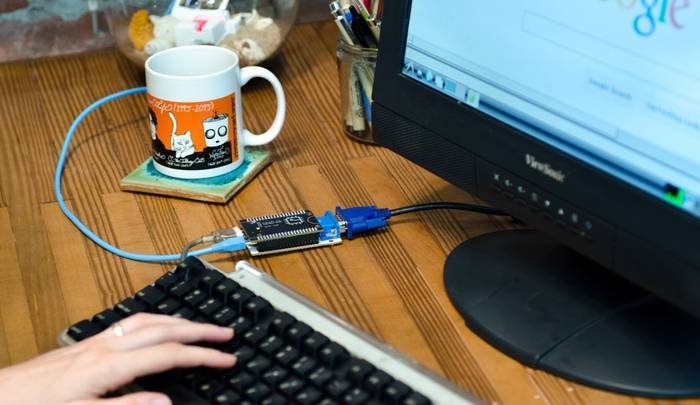 Can you imagine what kind of affordable computing devices would start popping up all over the world if the only thing standing between a person and his or her dream was $9? We may soon find out, if the team behind Next Thing Co. manages to deliver on its promise and make the $9 C.H.I.P. computer a reality.

Next Thing Co. hoped to raise $50,000 in crowdfunding when it launched its Kickstarter campaign recently. At the time of this writing, the company had amassed 13,169 backers who offered up a total of more than $664,000 in preorders. All of this excitement over a tiny little $9 gadget…

But if it’s not just vaporware, it’s clearly worth all of this excitement.

The Raspberry Pi was an absolute game-changer when it launched at $35, tearing down walls for would-be entrepreneurs by building an affordable brain that could power the projects they envisioned. Now, imagine a similar device launches at $9.

According to the device’s Kickstarter page, the C.H.I.P. features a 1GHz CPU, 512MB of RAM, 4GB of storage and a Linux operating system, along with built-in Wi-Fi and Bluetooth radios. With such an incredibly low cost of entry, the sky is the limit for people looking to prototype or build out all kinds of computer-powered devices.

There are a wide range of funding options beyond the bare-bones $9 option, and they add things like a VGA adapter, a battery or an HDMI adapter to the C.H.I.P. There’s even a $49 option that will have your C.H.I.P. computer built into a small handheld device with a touchscreen and a keyboard.

More details can be found by following the link below in our source section. Of note, Next Thing Co. has crowdfunded and successfully launched a hardware product in the past.