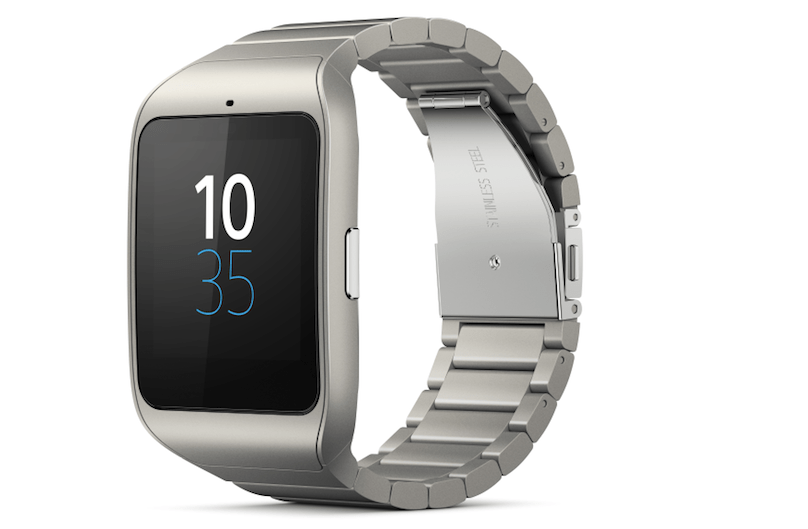 Among the plethora of electronic devices announced at CES 2015, wearable gadgets certainly stand out. Whether they’re full-fledged smartwatches, fitness bands / activity trackers, or other smart wearable devices, these gadgets are bound to become more and more popular with mobile device users in coming years. In what follows, we’re going to take a quick look at some of the interesting wearable devices unveiled at this year’s CES.

FROM EARLIER: The 3 biggest game changers announced at CES 2015 so far

Sony’s SmartWatch line has been refreshed at CES, with the company announcing a stainless steel makeover of the SmartWatch 3 model. The device, whose specs and features are listed in the table below, will be available in various markets around the world starting with February.

LG has quietly shown an interesting smartwatch at CES, the LG-W120L which doesn’t yet have a commercial name. The gadget is somewhat similar to the G Watch R, but instead of Android Wear, the device actually runs webOS and sports a higher build quality

On the other hand, smartwatches aren’t the only option for gadget fans looking for new wearables, and several companies presented at CES a variety of gadgets that can be worn and which are meant to help improve our daily lives.

Looking for a device that can not only measure steps, distance covered and burned calories, but can also warm your feet whenever you’re cold? Glagla’s Digitsole is the smart insole you need. Digitsole costs around $200, and can already be purchased in certain markets

FITGuard is a special wearable that might only be suitable for a certain type of athlete, namely the one prone to receiving potential head injuries. The device is basically a mouth guard that lights up in a certain way when the player gets hit, thus potentially catching dangerous injuries as they happen and signaling that medical attention might be required. The device will be out this fall for around $99.

Magellan at CES 2015 unveiled an affordable watch, the Echo Fit, that can keep track of various fitness data and connect to a variety of smart devices. The best feature of the gadget might be battery life, as the Echo Fit can last for up to 8 months on a single, replaceable coin-cell battery. The device costs $130 or $180, depending on version.

With a round display reminding wearable fans of the popular Moto 360 smartwatch, the iHealth Edge is an activity tracker ready to count steps, distance, burned calories, but also monitor sleep activity and alert user to move around when longer inactivity periods are detected. The device works with Android and iOS devices, and offers battery life of up to 7 days. The iHealth Edge costs around $70, depending on market.

Just like FITGuard, Quell is a specific type of wearable device that not all gadget fans will appreciate or need. But the device is interesting nonetheless, as it promises to offer users a way to deal with pain caused by a variety of medical conditions, including sciatica, fibromyalsia, knee injuries, and others. Quell will be launched later this spring and will cost $250.

A table showing these particular wearable devices and their main specs and features follows below.