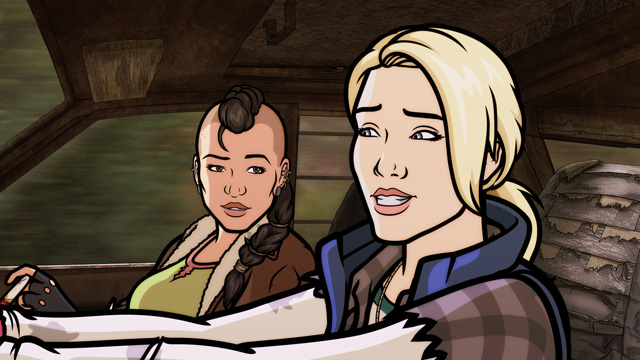 Despite the continued popularity of South Park and The Simpsons, adult-oriented cartoons still seem to miss more often than the hit. That can’t be said about Archer though, as the FX (soon to be FXX) series is currently heading into its seventh season with no signs of slowing.

In order to complement the show, FXX is adding a second cartoon to its schedule from Archer creator Adam Reed and Community writer Megan Ganz. Called Cassius and Clay, the new show takes place in a post-apocalyptic Deep South, starring It’s Always Sunny in Philadelphia’s Kaitlin Olsen as Cassius and Childrens Hospital’s Lake Bell as Clay.

“Tearing through the Smoky Mountains, Cassius and Clay don’t just survive the end of the world – they thrive on it with a pack of misfits who persevere against all odds in this Southern-fried apocalypse,” said co-president of FX Networks programming Nick Grad. “Our thanks to Adam and Megan for creating this hilarious and twisted tale and to Kaitlin, Lake, Susan and the rest of the voice cast for bringing these characters to life in all their damaged glory.”

Joining Olsen and Bell in the cast will be a few familiar faces such as Susan Sarandon, JB Smoove, Jeffery Tambor and Katy Mixon, whose voice you’ll probably recognize from Eastbound and Down.

The first season of Cassius and Clay will consist of 10 episodes, with the show set to debut in 2016 alongside Archer’s seventh season.