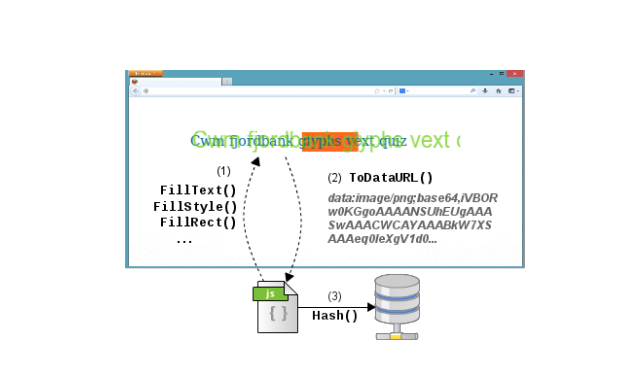 Internet users looking to better guard their online privacy are probably aware of a new tracking trick certain sites are experimenting with in order to offer better targeted ads even to those people who block other tracking measures. Called canvas fingerprinting, the new tool tells your browser to create a unique fingerprint for your computer, by retrieving certain details about how the browser is rendering text on your system. The fingerprint then can be used to track users across websites, and it looks like at least 5,619 website have used the technology during May 1-5, 2014, according to researches that looked into how canvas fingerprinting works.

While some say the tool can’t be blocked, there are ways from preventing tracking, albeit they may come with their own side effects. For what it’s worth, Adblock Plus has a way to disable data transmission, which, while it doesn’t stop fingerprinting, can prevent tracking.

48 government sites also have canvas fingerprinting code, as well as 241 .org sites. Even Samsung’s German site (Samsung.de) is included on the list, as well as news sites and even certain tech blogs.

The full lists of websites that contain this tracking tool – or have had it in early May this year – is available at the source link alongside links to a study looking at online tracking techniques including canvas fingerprinting, evercookies and “cookie syncing.”