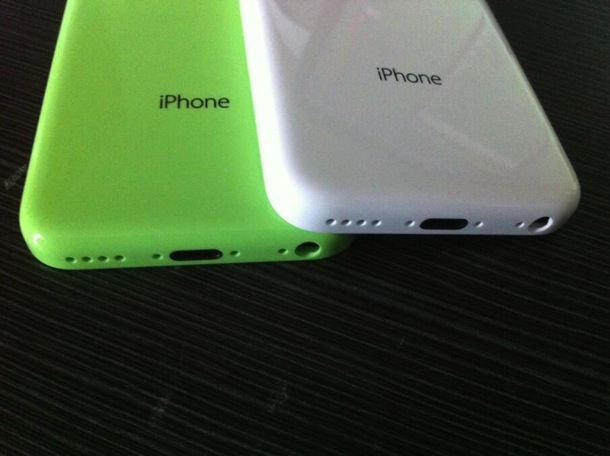 We have seen photos of what are claimed to be plastic housings from Apple’s upcoming entry-level iPhone leak a number of times, and now new photos show the case next to an iPhone 5. IOS developer Sonny Dickson recently posted a number of new photos showing the purported new iPhone shell in green and white. In one photo, the plastic budget iPhone housing appears next to an iPhone 5 with a case colored by Anostyle. The photo gives us a good feel for the size of the phone, which appears to be thicker than the iPhone 5 but nearly identical in terms of height and width. Apple is expected to launch its new entry-level iPhone this fall alongside the iPhone 5S. In the meantime, the leaked images can be seen below.