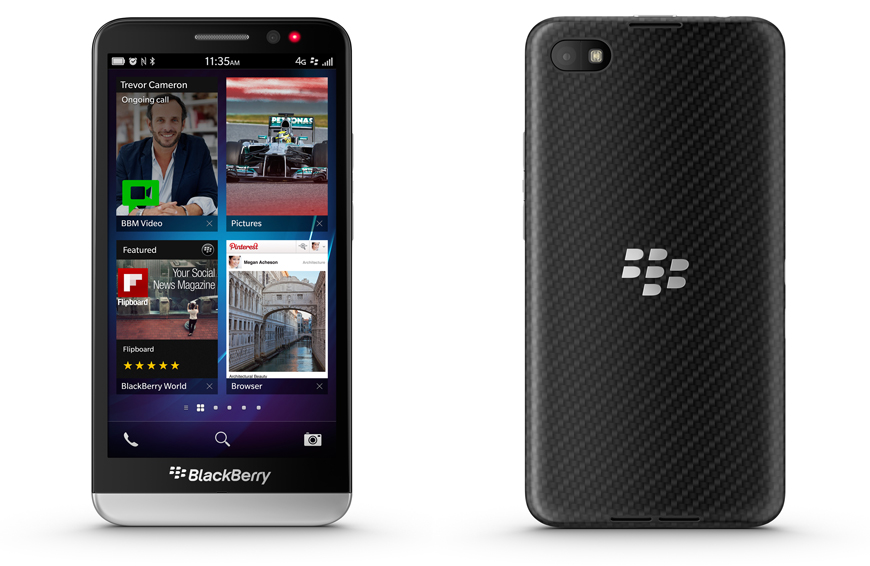 BlackBerry’s Z30 phablet didn’t exactly launch with a lot of fanfare last year but that doesn’t mean the device is devoid of virtues. Four writers at Wired last week used nothing but smartphones to cover CES last week and they found that the BlackBerry Z30 actually performed the best over the entire week when it came to quickly snapping pictures and typing up articles.

“The keyboard just seemed very accurate in terms of response and text-correction when I was in fingers-flying mode,” explained Wired writer Tim Moynihan. “The five-inch screen size of the Z30 certainly helped there, too. It was a lot more comfortable to type on than the 4.2-inch screen on the smaller Z10.”

Moynihan also had praise for the BlackBerry Hub, the one-stop messaging center that BlackBerry designed to help users keep track of messages from a huge variety of sources. What made it particularly great, he said, is that its seamless integration with apps such as Tumblr and Twitter meant that he could easily access all his messages and respond to them without switching apps.

These features, combined with the popularity of BlackBerry’s BBM messaging service, suggest that the company has a future as a mobile messaging specialist if it plays its cards right. CEO John Chen seems to be thinking along these lines as he’s lessened the company’s emphasis on making its own hardware and has tried to rebrand the company more as a cross-platform mobile device management service. If BlackBerry could also release keyboard replacement software for Android phones and perhaps even Typo-style iPhone QWERTY keyboard extensions, it could find a nice little niche market for itself.