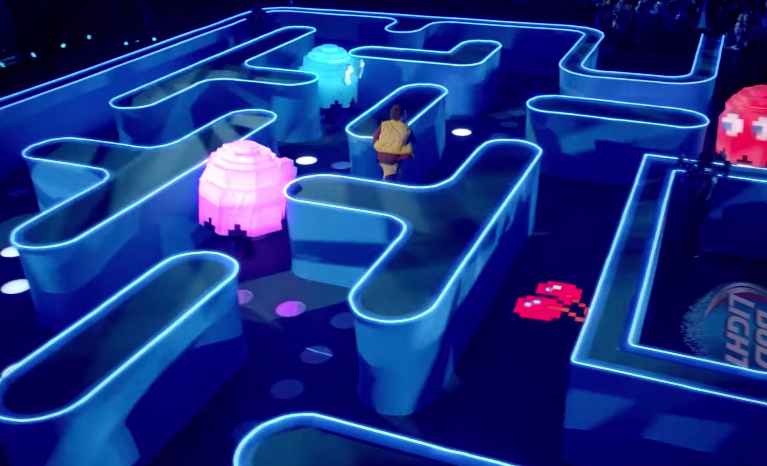 Even people who don’t like football will often tune into the Super Bowl just for the ads, which are the best and most creative the advertising industry has to offer. To give you a preview of coming attractions, we’ve picked out eight great ads you’ll see this Sunday during the big game. Check them out below!

FROM EARLIER: This epic, apocalyptic Super Bowl commercial… is for a phone case

We’ll start off with our favorite ad we’ve seen so far — a Bud Light ad featuring a man running through a life-sized game of Pac-Man:

Next up, we have Kim Kardashian’s mockingly self-referential ad for T-Mobile:

Here’s a very funny Snickers ad that any Brady Bunch fan will love:

Dove has put together a heartwarming ad featuring fathers interacting with their children, although it doesn’t have much to do with soap:

Pierce Brosnan stars in this clever Kia Sorento ad in which he doesn’t quite get to play James Bond:

As we wrote earlier, smartphone case maker Mophie is threatening to steal the show with this apocalyptic ad:

This Budweiser ad has nothing at all to do with beer and seems like an excuse to show us a cute puppy:

And finally, this Mercedes-Benz ad shows us the “real” story of how the tortoise beat the hare in their epic race (Hint: He stole a Mercedes):