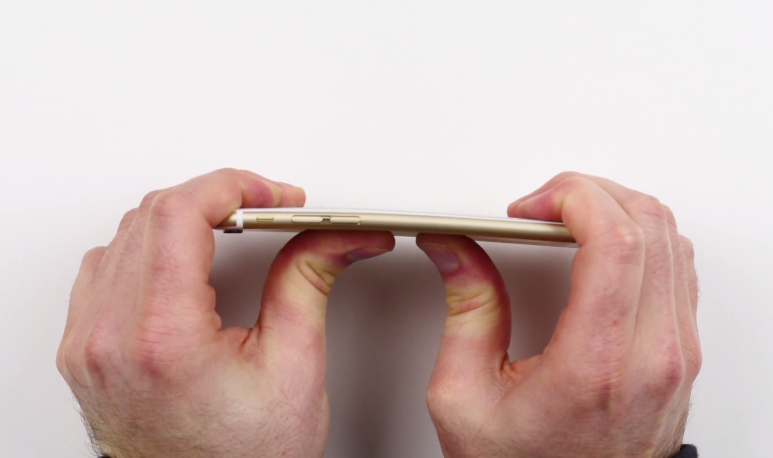 Apple said that just nine people complained about iPhone 6 Plus #Bendgate, a few days after it was revealed that the iOS phablet can be bent in a pocket. Bendgate quickly went viral though, so the company decided to take an extra step to assure buyers the iPhone 6 models don’t have a bending problem, in addition to revealing the officially reported Bendgate complaints.

FROM EARLIER: Apple responds to ‘Bendgate,’ says only 9 customers have complained about iPhone 6 Plus

Apple invited a number of news organizations and blogs including The Verge onto its campus and had them help show the world that it takes its iPhone 6 testing very seriously. Just like every other phone maker, Apple has a dedicated torture test lab for its smartphones, and many tests are performed inside, including bending and “sitting” on the phone.

“We’ve designed the product to be incredibly reliable throughout all your real world use,” Apple senior vice president of worldwide marketing Phil Schiller said. “And in designing that we then have to validate heavily, and see how does it live up to real world use, and what are the forces and pressures on it, and how do you measure and prove that you’ve delivered on a specification.”

In its special lab, Apple tested 15,000 iPhone 6 and 15,000 iPhone 6 Plus units, putting them through various ordeals to make sure they can withstand various real-life situations, including being in a pocket and being sat on. Unsurprisingly, Apple is relying on several machines to get the job done, and repeats tests to make sure iPhones also endure the test of time. Interestingly though, Windows-powered computers run all of the machines, not Macs, as some of the pictures taken inside Apple’s facility reveal.

The company says there are limits to the weight the iPhones can handle and then bounce back into their original form, and that appears to be 25 kilograms, or about 55 pounds.

“The bottom line is that if you use enough force to bend an iPhone, or any phone, it’s going to deform,” Apple’s senior vice president of hardware engineering Dan Riccio says.

“As we expected, it’s extremely rare to happen in real world use,” Schiller added, without specifically committing to free replacements in case of accidentally bent iPhones. “In this case, as in many things, we tell customers that if you think something’s occurred that shouldn’t have with your device, go to AppleCare, go to the Genius Bar, and let them take a look at it. And we’ll see if your product is having an experience it shouldn’t have, and is covered under warranty.”

If any of this sounds familiar, that’s because Apple is playing the same game it played during Antennagate to fix its Bendgate problem. We already have an official, extremely low, number of complaints, and a tour of the place where Apple makes sure its products are tested for this particular matter. Let’s just hope free bumpers aren’t going to be the next step in Apple’s scandal containment playbook.

Some images from Apple’s stress test labs follow below, as published by The Verge, with more available at the source link.