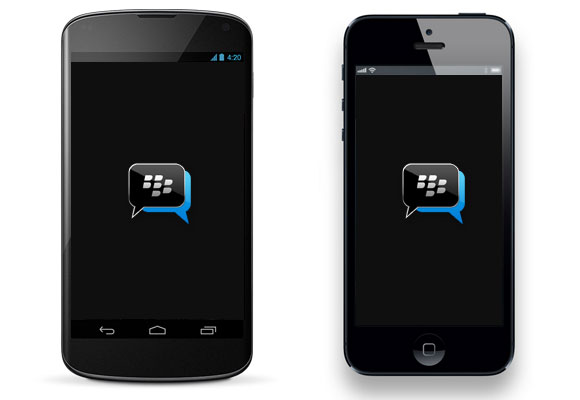 Yes, 2013 has been a hellish ordeal for BlackBerry. The saga may soon be over if the $4.7 billion Fairfax deal happens, but in the meantime there was finally a ray of light this weekend as the BBM blog announced an unofficial leak of BlackBerry Messenger for Android received an impressive 1.1 million downloads in just eight hours. This leak triggered a delay for the release of the official version, which messed up the plans to get BBM for Android out by Sunday… because it wouldn’t be BlackBerry without some kind of launch disaster. But hitting 1.1 million downloads for the Android app is a real feat, no matter how you slice it.

A lot of this could be rubbernecking, but at least there is some ghoulish corpse-peeking fascination out there. The media interest in the whole leaked version/delayed official version drama could pique extra interest for the official BBM for Android app.

What would be the goal for BlackBerry at this point? A strong BBM download performance across iOS and Android platforms would mean that the messaging app could be valued in hundreds of millions on its own. Hot BBM momentum might help BlackBerry to find a buyer or at least boost the outcome of a possible auction of its parts.

This would require acquiring tens of millions of iOS and Android users in a matter of months. One good comparison point is Kik, BBM’s cross-town messaging app rival in the tension-filled Canadian hamlet called Waterloo. Kik hit 30 million registered users in November 2012 and 80 million users ten months later. It’s a rapidly growing, well-regarded messaging app, though it lags behind giants like WhatsApp, LINE and WeChat.

To succeed globally, BBM needs to become competitive at least with second-tier messaging rivals like Kik and Viber, even if catching up with the Big Three is a bit of a fever dream. Even keeping up with Kik would require gaining 40 million to 80 million registered users on iOS and Android platforms over the next nine months. We must assume that the current BlackBerry user base of BBM will shrink rapidly in coming quarters. This is going to be a really tough goal to achieve — but the leaked BBM app hitting a million Android downloads in a matter of hours gives BlackBerry a glimmer of hope.