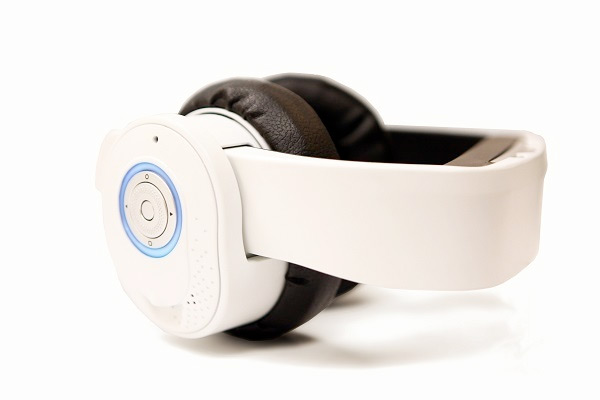 You know, if only Nintendo’s Virtual Boy would’ve arrived in 2014, perhaps it wouldn’t have suffered such an unfortunate fall. As virtual reality, augmented reality and face-worn wearables become entirely more acceptable, we’re seeing a smattering of startups emerge with slightly varying visions for taking over your facial region. The latest, as you’ve probably surmised, is the Avegant Glyph.

Concocted by a small team in Michigan, this here headset sets out to act as “a mobile personal theater” rather than an all-encompassing VR gaming rig.

In essence, it’s built for casual viewers who may appreciate a personal screen when kicking back on a dark train or plane. Avegant claims that its display technology — which involves just under elevently billion mirrors and a pinch of black magic — enables far sharper imagery than what you’ll find elsewhere.

While it’s not out to compete directly with the Oculus Rift, there are no doubt similarities — granted, these double as over-ear headphones when you don’t want the display flipped down. Another nifty feature is the ability to view content from pretty much any source that can output via HDMI, which means that phones, tablets, and even laptops are fair game to send signals.

The outfit’s Kickstarter has launched this morning, with $500 required to procure an actual headset. It’s seeking a quarter-million dollars before production really starts humming, and even the earliest backers won’t see any hardware until Christmas.