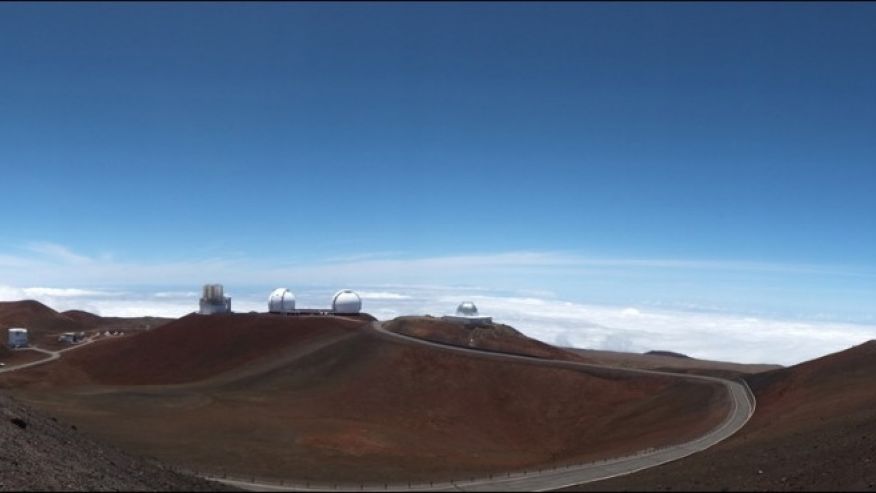 Astronomers have spotted the most distant object in our solar system, which could challenge the theories about how our planets formed.

“A few weeks ago, we discovered this object that was moving very slow. A slow movement basically means the object is very distant,” Carnegie Institution for Science’s Scott Sheppard, who was part of the team that announced the find at the 47th annual meeting of the American Astronomical Society’s Division for Planetary Sciences in Washington, D.C., told FoxNews.com

“If you do the math by how slow it was moving, you can predict how far it is and this object appears to be the most distant object ever observed in our solar system,” he said.

Sheppard, whose group is in the midst of doing what he described as the “deepest, widest survey ever looking for solar system objects in the very far outer solar system,” said there are still plenty of unanswered questions about the object.

They believe the object catalogued as V774104 is about 310 miles to 620 miles across, which would make it smaller than planets in our solar system but bigger than your typical asteroid.

“It’s fairly faint. We don’t know its precise orbit yet and we don’t know anything about its chemical composition,” Sheppard said. “We can guess at its size. We don’t know how much light it reflects. If it reflects a lot of light, if it’s very bright, it will be a smaller object. If it’s a darker object and doesn’t reflect much light, it would be much bigger. “

The discovery is unlikely to contribute all that much to the search for an Earth-like planet, which has been a growing priority of NASA. Rather, it is likely going to help astronomers answer more fundamental questions about how our solar system formed, how “planets and life on those planets formed.”

“Most objects that we know of interact with the planets in some way so the orbits have been disturbed over the past few billion years,” Sheppard said. “Whereas this object is so distant that it may not have been disturbed by planets. So its orbit is a pristine orbit from the formation of the original solar system. If we can get its orbit and understand how it formed and how it got there, it will tell us a lot about the formation of our solar system.”

Sheppard said they plan to monitor the object over the coming months – they should have its orbit by next year – as well as search for other, even larger objects. They already have about 20 other objects they are tracking – though none is as far out as  V774104.

“People believe there may be a massive planet in the very outer part of our solar system,” he said.

“This object may allow us to be able to find a much bigger object that is out in our solar system,” he said. “And if there is a really big object out in the very far outer part of our solar system, it would be very hard to explain that with what we know about solar system formation.”

If they found this bigger object so far out, it would challenge the notion that planets form best when they are in close proximity to the Sun and have trouble forming further out where there is “a big volume of space and a low density of material,” he said.

“It would pretty much revolutionize our thinking how solar systems form,” he said.