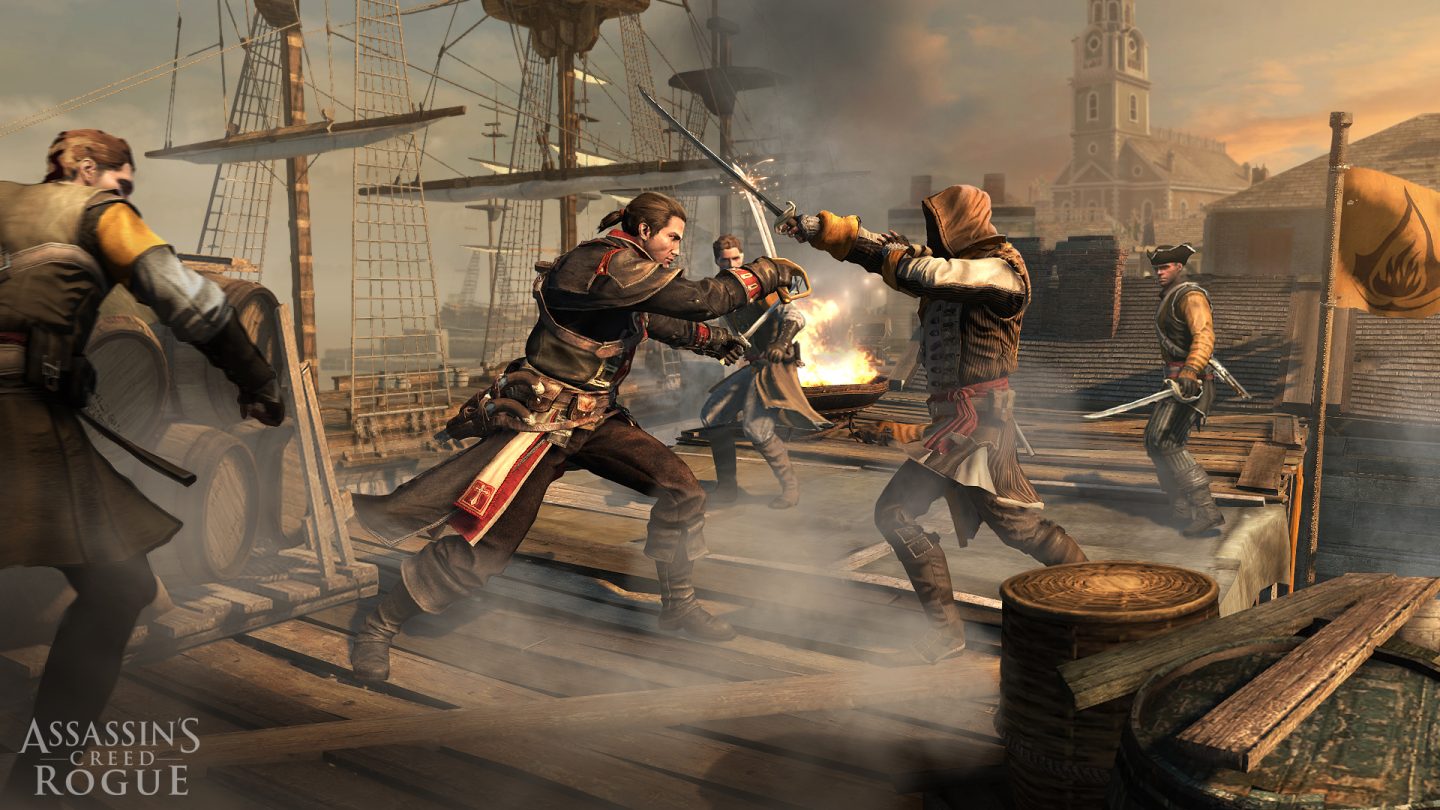 Even if you haven’t made the jump to the new generation of console quite yet, you’re still going to get an Assassin’s Creed title this holiday season. Game Informer revealed on Tuesday that Assassin’s Creed Rogue, a game exclusive to the PS3 and Xbox 360, will be gracing the cover of the September issue.

Unlike Assassin’s Creed Unity, Rogue will feature the return of naval travel and combat, popularized by Assassin’s Creed IV Black Flag in 2013. The player will take on the role of Templar Shay Patrick Cormac as he travels through the North Atlantic, the Appalachian River Valley and even New York. Rogue will take place during the Seven Years’ War, between the events of Black Flag and Assassin’s Creed III, but will also tie-in heavily with its next-gen counterpart, Unity.

Shortly before the story ran on Game Informer, what appeared to be the introduction trailer to Rogue was posted by an anonymous source on Dailymotion, revealing that Rogue would release on November 11th, 2014.

The short cinematic trailer has since made its way to the official Ubisoft channel on YouTube, so you can now watch it for yourself and get a first look at the Shay in action. You can also get an exclusive mission if you preorder the game. Check out the trailer below.