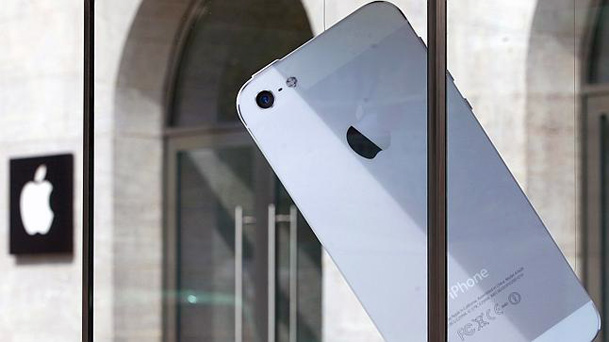 If there’s one thing sillier than analysts who think Microsoft is “doomed,” it’s analysts who think that Apple is “doomed.” Over the past couple of years, however, the “Apple is doomed” crowd has gained some more legitimacy as the company’s margins started coming under pressure and Samsung rose to become a dominant force in the mobile industry. However, the company’s most recent earnings report seems to have convinced many investors that the “worst” is over for Apple, even though things were never bad for the company to begin with.

Analyst Robert Paul Leitao has put together several charts showing that Apple is heading into the fall with positive momentum, especially after beating the consensus estimate last week in terms of both revenue and overall earnings in its Q2 2014 report. One of the most significant charts in Leitao’s collection is this one showing that Apple’s gross margins have been making a steady recovery after showing a steep dip back in 2012.

However, Leitao does acknowledge that there is a problem with Apple’s business model: It’s way too dependent on the revenues generated by the iPad and, especially, the iPhone. The good news is that help is on the way because Apple is likely preparing to release new product categories over the next year highlighted by its first wearable computer that’s set to release this fall.

“I expect Apple to deliver on his promises of new products this calendar year and for management to begin to address the challenge of the high concentration of revenue and earnings from the company’s two most popular product lines,” Leitao writes in his conclusion. “Through Apple’s March quarter results released on April 23rd and management’s accompanying announcements, Apple has achieved newfound glory. The pending delivery of new products and services are the next big steps in management’s efforts to generate faster rates of revenue growth and further reward the company’s long-term shareholders with sustained share price appreciation over the next several quarters.”

You can read Leitao’s full post by clicking the source link below.