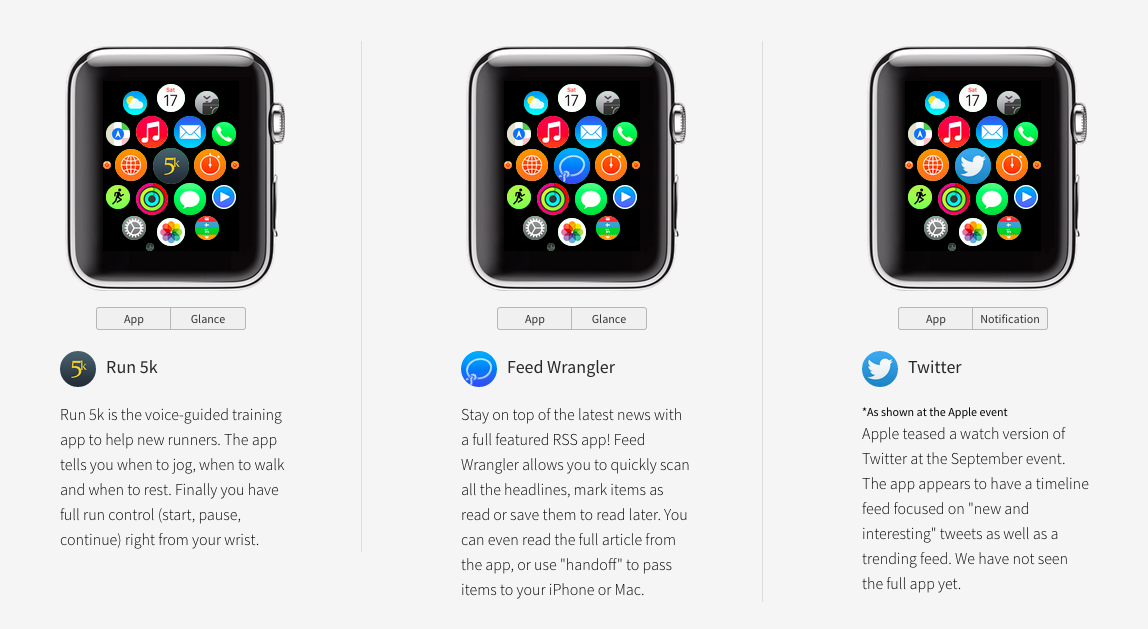 Whether or not you actually plan on picking up an Apple Watch next month, if you’re even moderately invested in the world of technology, you have to be curious to see how Apple’s first wearable pans out.

It might not be seen as much of a risk, considering everything Apple has put out in recent years sells like hotcakes, but if it were to fail, the smartwatch market could take a permanent blow.

But we’re going to have to wait until the actual launch to find out, which is at least a month away. Until then, you might be looking to get a feel for exactly what the Apple Watch has to offer. You can’t go hands-on with the device at you local electronics store (at least, not yet), so in the meantime, the new site from AppAdvice called WatchAware will have to do.

WatchAware is primarily a news and editorial site, but the team recently added a feature which allows users to demo Apple Watch apps from their browsers. We’ve seen this before, but admittedly, WatchAware does it way better. This could be a valuable tool even after the watch launches for people who want to see how their favorite apps transition to the watch.

Check out the app demos at this link.