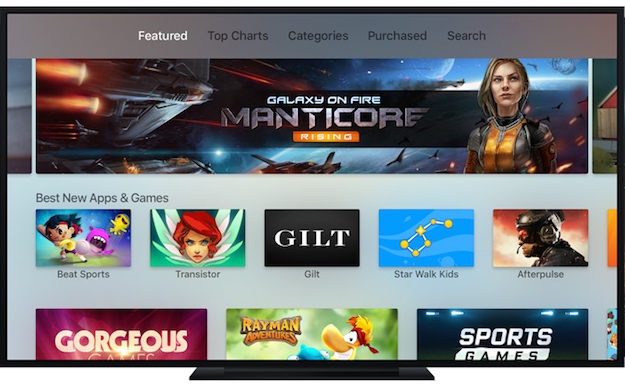 Apple’s fourth-gen debuted this past Friday to overwhelmingly positive reviews. While there are a few minor kinks Apple still needs to work out (e.g the inability to enter a password with the iPhone’s virtual keyboard), the new device may very well be the most compelling streaming set-top box to ever hit the market.

Without question, what makes the new so exciting is that it has its own dedicated App Store. Over the weekend, Jeff Scott of SlideToPlay tweeted that there are now close to 1,000 tvOS available for download. All the more intriguing, from a developer perspective, is that the may very well represent a new platform where users, in stark contrast to iOS, are willing to plunk down cash for apps.

You know the race-to-the-bottom problem that continues to plague iOS? Well early evidence suggests that that won’t be an issue for the .

In stark contrast, all of the highest grossing apps on the iOS App Store are free with in-app purchases.

While it’s still too early to tell, this early anecdotal evidence suggests that consumers may very well be much more willing to pay good money for apps than they would for apps on a mobile device.

It will certainly be interesting to see how this plays out. Remember, iOS didn’t become a successful gaming platform because of AAA gaming titles. On the contrary, it became a popular platform because it appealed to scores of users who, while not being interested in console gaming, didn’t think twice about paying $0.99 for casual games like Doodle Jump and Angry Birds.