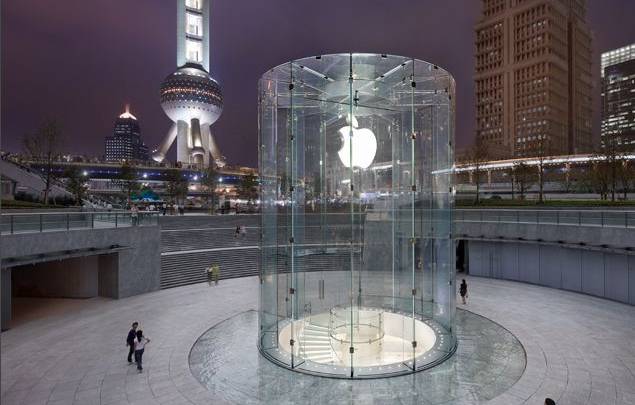 You can see why both Microsoft (MSFT) and Samsung (005930) want to replicate the success of Apple’s (AAPL) retail operation. According to the latest numbers from research firm RetailSails, Apple stores are by far the most efficient retail outlets in the United States, posting sales of $6,050 per square foot of store space. To put that into perspective, consider that jeweler Tiffany & Co. recorded the second-highest sales per square foot at $3017, less than half of Apple’s sales. What’s more, no other retailer in the United States recorded sales per square foot of more than $2,000, meaning that Apple’s retail operation is truly a model of efficiency that other companies can only drool over.