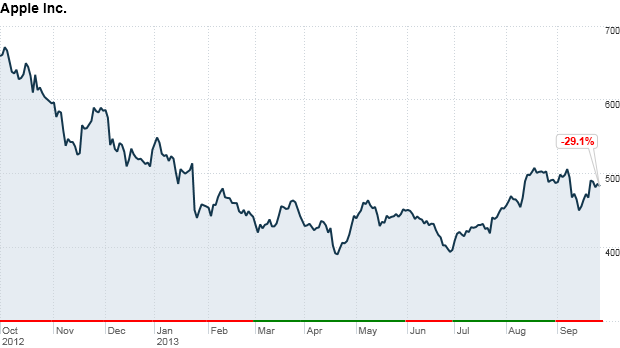 Fiscal 2013 was not a good year for Apple shareholders, but they have been through much worse. Apple’s fiscal year closed this past weekend and while its earnings will undoubtedly get a huge bump from the record-smashing opening weekend enjoyed by the new iPhone 5s and iPhone 5c, Apple shares closed the year down nearly 30%. As Fortune pointed out in a recent report, however, Apple shares have been through far worse downturns on their climb from the low double-digits at the turn of the century to the mid triple-digits where they sit today. Fortune’s Philip Elmer-DeWitt recounts a number of trying times for the stock, including the 39.8% it shed in fiscal 2001, the 59.6% it lost in calendar 2008 and the 77% the stock fell in just three months in late 2000. Apple shares rebounded over time in each of the aforementioned cases, of course, and a number of industry watchers still believe the same will be true of the stock’s current rut.