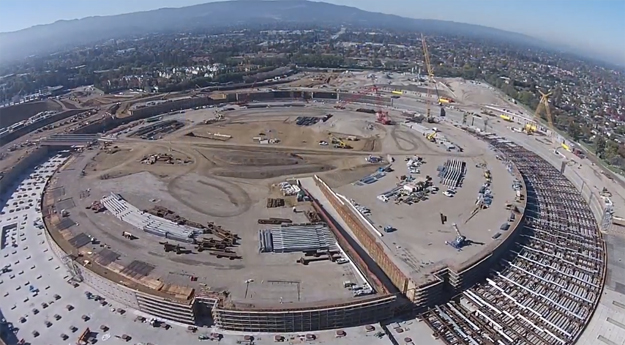 We’ve seen drone fly by footage of Apple’s upcoming new campus in the past, and now we get an incredible new high-definition look at the facility thanks to a newly published video.

YouTube user “myithz” on Sunday published a fantastic video that gives us a birdseye view of the new Apple campus, which is currently under construction in Cupertino, California. Best of all, the video is available in 1080p HD.

We can clearly see that plenty of progress has been made since the last drone footage we shared, and the Apple HQ of the future now looks more like a spaceship than ever. The finished facility will span 2.8 million square feet and will be home to more than 12,000 Apple employees when it is completed sometime in 2016.