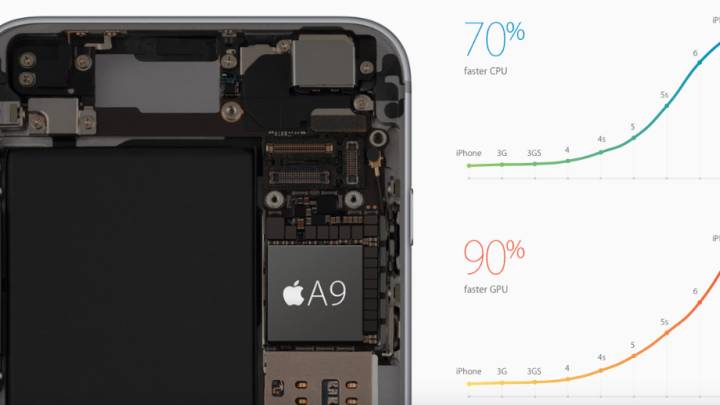 Steve Cheney recently posted an interesting article detailing the platform advantages Apple enjoys on account of its in-house chip development team. When Apple first introduced the A4 back in 2010, many folks were shocked that Apple would invest the amount of time and money needed to bring such a complex component to fruition. But Steve Jobs, once he returned to Apple in the late 90s, became borderline obsessed with not having to rely on third-parties for anything. Whether it was developing Safari or buying a fingerprint sensor company outright, Apple today makes a point to own, whenever possible, all of the important technologies that comprise its products. The fact that Jobs was able to successfully extend this strategy to include the very processors that power Apple’s line of mobile products is truly impressive.

In fact, Cheney goes so far as to suggest that Jobs’ decision to hire an in-house team to create the A4 and the company’s subsequent line of blazing fast A-x processors was one of his greatest and most important strategic decisions.

“In 2007, when Steve Ballmer famously declared ‘There’s no chance that the iPhone is going to get any significant market share. No chance’, Jobs was off creating a chip design team,” Cheney writes. “If you study unit economics of semiconductors, it doesn’t really make sense to design chips and compete with companies like Intel unless you can make it up in volume. Consider the audacity back in 2007 for Apple to believe it could pull this off. How would they ever make back the R&D to build out a team and pay for expensive silicon designs over the long run, never mind design comparative performing chips?”

Indeed, Apple was quick to make moves in this regard when it purchased PA Semi, a fabless microprocessor design company, for $278 million back in 2008. At the time, PA Semi was a well-regarded company known for their ability to design powerful yet extremely energy-efficient chips. In subsequent years, Apple made a number or notable hires and acquisitions to really build up what is now a formidable team.

So while it’s certainly easy to look at items like Apple’s iOS software as a competitive advantage, which it is, it’s important not to remember that Apple’s hardware also serves as a point of differentiation in a market where commoditization is commonplace.

Ultimately this chip advantage is one of the little spoken, but critical elements in Apple’s vertically integrated approach. Android OEMs can copy the fingerprint sensor or the 3D Touch mechanism. They just go to the supplier that Apple buys it from. But they can’t copy the underlying software powering these ‘commodity’ chips.

As a result, Cheney adds that the top talent in chip design these days are now looking to work for Apple, a dynamic which would have sounded outlandish even three years ago.

Make sure to hit the source link below for Cheney’s full take on Apple’s platform advantage. He goes into tremendous detail and raises a number of interesting points that aren’t often raised but are unquestionably important to Apple’s unabated string of successes in the smartphone and tablet space.