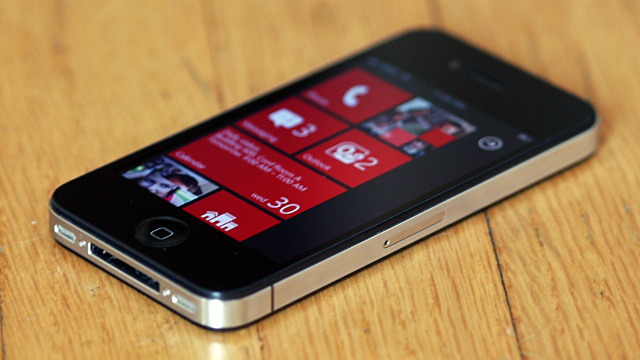 We don’t always post additions to our “WTF of the week” series each week but when we do, they’re doozies. This week, we really have something special for you. Speaking with Fox Business on Varney & Co., Money Map Press analyst Keith Fitz-Gerald posed an idea that most people would consider absolutely ridiculous. According to Fitz-Gerald, Apple and Microsoft might merge. Soon. The analyst believes it is “absolutely possible” that the two companies will become one, however unlikely such a deal might appear. And thus begins our WTF of the week.

“This is one of those unthinkable but absolutely possible deals,” Fitz-Gerald told Stuart Varney during an interview. “I think that Apple and Microsoft may not only have to work together for the next few years but may even see a merger in the next 5-10 years from now because they’re going to have to take on the Google/Android/Facebooks of the world.”

The analyst noted that his claims are pure speculation and said he’s not sure regulators would ever approve the imaginary deal, but it could still happen.

“Look at what Apple wants to accomplish with the mobile market,” Fitz-Gerald continued. “Look at the ‘One Microsoft’ initiative. And look at the cross-pollination of devices. Content is king. Security is king. And you’ve got a user base between the millennials and the senior citizens who have to have easy-to-use, functional stuff that is transparent between devices.”

Fitz-Gerald is right that the companies’ missions cross paths, as they have in the past, and he’s also right that user experiences are continuing to blend across devices in both camps. But no.

The series of events that would have to unfold in order for this scenario to even be considered could not possibly unfold in five short years. Even a decade from now is likely way too soon. And if the deal ever was to be considered, it would never be approved by regulators in the U.S. or in Europe.