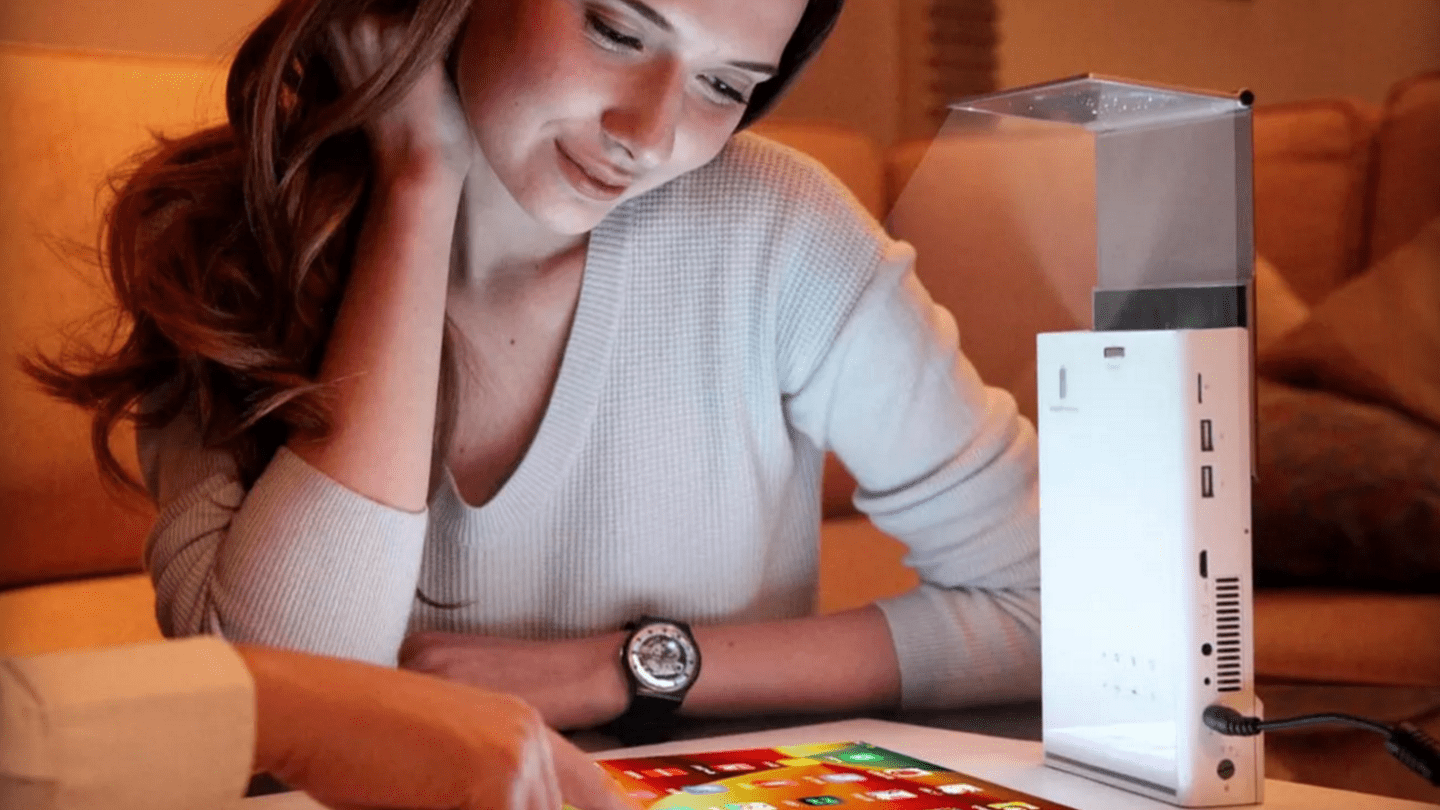 Android tablets have fallen so low in the standings that they’re being given away for free with Vizio TVs. But this crowdfunding project, which promises to turn any flat surface into a touchscreen with lasers — yep, freakin’ lasers! — will make tablets great again (if it works).

DON’T MISS: This is exactly what the iPhone 7 will look like

Lazertouch (imaginative name, guys!) is a projector that uses lasers to pick up touch inputs on a flat surface. It runs Android, with all the usual smartphone niceties like Wi-Fi, Bluetooth, 32GB of storage and a 13,600 mAh battery, four times the size of most smartphones.

So when you point it at a flat surface, what you theoretically get is a 15-inch Android tablet you can work on (or play games). Point it at a wall instead, and you’ve got an 80-inch screen to watch movies, or present PowerPoints if you’re a boring adult.

There’s lots of question marks hovering over the project. Small projectors tend to be pretty crappy to start with, so the chances of this looking good in a well-lit room are low, to say the least. There’s also the usual Indiegogo caveats, such as production becoming hugely expensive, the prototype not translating well to full-scale production, or the founders stealing the money to build a house.

If none of that is enough to deter you, and the prospect of a laser-powered Android tablet is too good to pass up, $475 will nab you one LazerTouch projector, to be shipped by July of this year. But just for the record, I will bet anyone $475 that you won’t get your reward by the end of this year, let alone in three months’ time.