Record every call on your Android phone with this free app 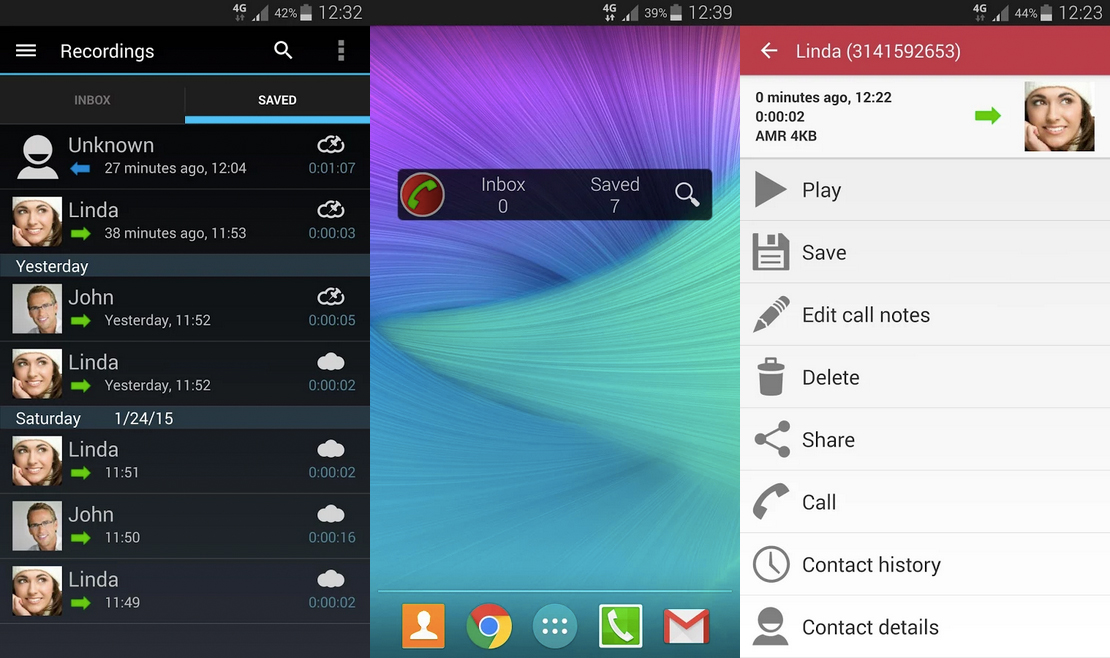 There’s no worse feeling than hanging up after a long phone call with a friend, family member or coworker and immediately forgetting the most important detail of the conversation. Sure, you could call them right back, but what if they were walking into a meeting or their phone was about to die?

It’d be nice just to have the conversation recorded on your phone, which is why you might want to look into Automatic Call Recorder, a free app on the Google Play store.

We were pointed in the direction of this free app by PhoneArena, and it appears to be one of the most feature-rich call recorders on the Android app store.

Once you install Automatic Call Recorder, you can connect either your Google Drive or Dropbox account to the app in order to send recordings to the cloud rather than save them directly to your device. Before you record your first call, you might want to check the box to increase call volume and change the output file format to .wav for higher quality recordings.

After that, the app should start working automatically during your next call. Just look for the red recording symbol in the notification tray at the top of your device. If you have trouble hearing the other party in the recording, you might need to rely on speaker phone to capture both sides of the conversation.