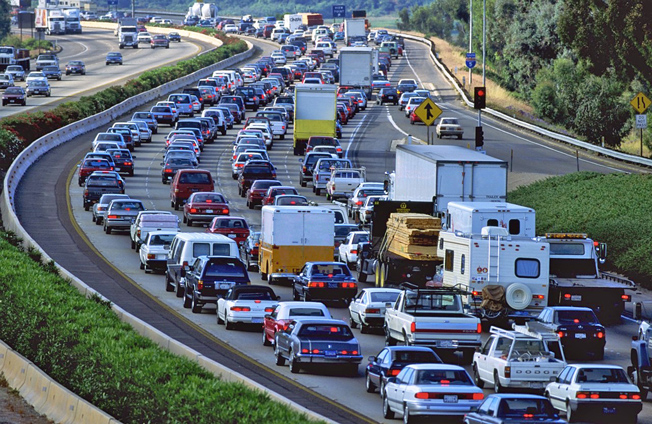 Would you ride around in the nude if you knew no one was watching? A recent survey by Scout GPS gives new meaning to the term “pleasure cruise” as 9% of respondents admit that they would drive their vehicles in the buff if they knew that no one else on the road could see them. Even more participants said they have engaged in sexual activity while behind the wheel — 11% to be exact — although 25% said they would give up sex for a week in order to avoid traffic for the same amount of time. Among the less provocative discoveries, 16% have had accidents while shaving in their cars, 13% have eaten with utensils in the driver’s seat, and nearly a third would pick their noses if they could be assured they wouldn’t be seen. Next time you’re stuck in traffic, look around and see if the stats match up… or on second thought, don’t. Scout GPS’s press release can be found below.

Scout GPS Survey Examines Americans’ Unusual Behaviors While Driving;
Finds More Than a Quarter Would Give up Sex for a Week in Exchange for a Week Without Traffic

SUNNYVALE, CA — (Marketwired) — 10/29/13 — Results of a recent survey indicate that Americans take part in some unusual (and potentially dangerous) activities while driving — and would consider even stranger activities if they knew no one could see them. This survey was conducted online by Harris Interactive on behalf of Scout GPS from August 21-23, 2013 among 1,832 U.S. adults.

Distracted Drivers
According to the Scout GPS survey, drivers are often distracted while behind the wheel, participating in surprising — and in some cases, illegal — activities. For example, 11 percent have participated in a sexual activity while driving, with three times more men (17 percent) admitting to doing this than women (five percent). Unpredictably, younger drivers are not the worst offenders, with slightly more 35-44 year olds confessing to this (18 percent) than 18-34 year olds (17 percent), followed by 45-54 year olds (eight percent) and drivers aged 55 or older (five percent).

Some drivers also admitted to dangerous driving behaviors, such as:

Of those who have used their phone to talk or text while driving, 30 percent have had a near-miss accident, compared to about one quarter (27 percent) who had a close call because they were applying makeup (i.e. getting ready), and 21 percent who narrowly escaped a fender bender because they were participating in a sexual activity. Surprisingly, shaving while driving was the most dangerous — for those surveyed who confessed to doing this, almost one-in-five (16 percent) said they have actually been in an accident while shaving.

Frustrations and Guilty Pleasures
When it comes to what people find most frustrating about other drivers, tailgating leads the pack at 69 percent, followed by people on the phone (65 percent). Slow drivers in the fast lane (63 percent), littering out the car windows (62 percent) and road rage (61 percent) are close behind.

For additional findings and an infographic highlighting the results visit http://www.scout.me/survey.

Scout is developed by Telenav, Inc. (NASDAQ: TNAV), the leader in personalized navigation. Scout is available on Android, iPhone and Windows Phone 8, and includes traffic features that help make peoples’ lives less stressful, more productive, and more fun when they’re on the go.

Survey Methodology
This survey was conducted online within the United States by Harris Interactive on behalf of Scout GPS Maps from August 21-23, 2013 among 2,034 adults ages 18 and older, among whom 1,832 are current or past drivers. This online survey is not based on a probability sample and therefore no estimate of theoretical sampling error can be calculated. For complete survey methodology, including weighting variables, please contact Mark Burfeind (markb@telenav.com).

About Telenav, Inc.
Telenav’s mission is to help make people’s lives less stressful, more productive, and more fun when they are on the go. Our personalized navigation services help people make faster and smarter daily decisions about where to go, when to leave, how to get there, and what to do when they arrive.