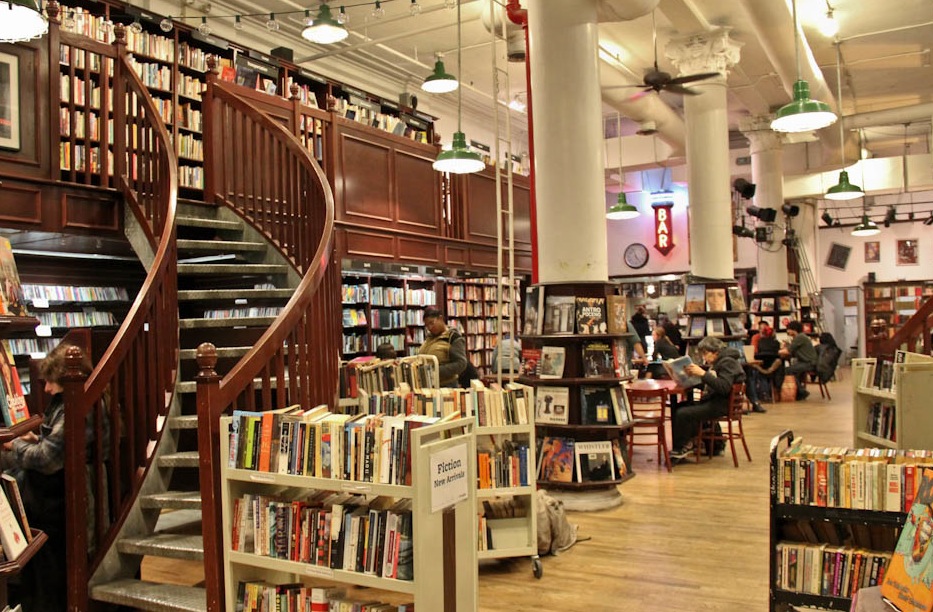 I’m not normally one to weep over obsolete business models. I can’t bring myself to fret too much about the Internet strangling the life out of print newspapers, video rental stores or CD shops, largely because I’ve found that what’s replaced them (online journalism, Netflix and iTunes) offers much better value than the old way of doing things. And when the Internet eventually kills off cable TV, I will positively do a dance of joy in the streets. That said, there is one slowly dying business that I’ll confess that I sorely miss: Bookstores.

Unlike many retail outlets, going to a bookstore is relaxing and enjoyable. The staff in the stores aren’t constantly hounding you to see if they can help you find something and they don’t care if you just sit around and read for a long time without buying anything. Bookstores with cafes are even better because you can snack on something while checking out a book or reading a magazine.

Interestingly, the few non-chain bookstores that I still know of in Boston are the ones that have figured out a way create side businesses of one sort or another to keep people coming through the doors. Rhythm and Muse, a former independent bookstore in Jamaica Plain, has transformed itself into a popular tapas bar that also just happens to sell books in a room at the back of the restaurant. The Brookline Booksmith, meanwhile, has snagged lots of red-hot authors such as George R.R. Martin to do book readings and signings that draw people in who might otherwise never go near a bookstore.

Still, these kinds of success stories are increasingly rare and several bookstores around the city have simply ceased to exist in the same way that video stores started vanishing the years after Netflix started taking off. I don’t blame anyone who prefers to shop at Amazon instead of going into physical retail chains. I’ve found ordering books off Amazon to be hugely convenient since I don’t have to leave my house to get what I want to read and Amazon’s customer service is famously top-notch.

But on the other hand, is leaving your house to shop for things really a crushing inconvenience that needs to be eliminated? Unlike the problem with CDs where we were forced to buy a bunch of songs we didn’t want or with video rentals where we were hit with fees for returning movies late, there’s nothing at all unpleasant about buying books in a bookstore.

At any rate, there’s little to really be done about it since consumers have spoken and they want to be able to order exactly what they want and get it delivered right to their doorsteps. The world of brick-and-mortar retail is slowly dying but that doesn’t mean that parts of it won’t be missed.