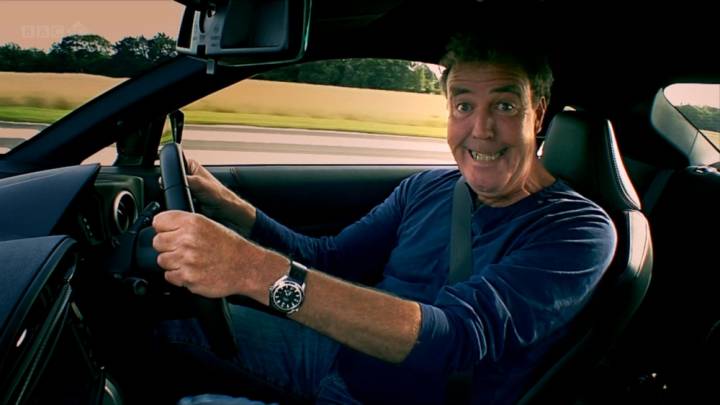 This is what you’ve been waiting for, Top Gear fans: Amazon announced on Thursday that it’s signed former Top Gear host Jeremy Clarkson and his former cohosts Richard Hammond and James May to star in a new car show that doesn’t yet have an official title. The show is set to go into production “shortly” and will air as an Amazon Prime exclusive beginning in 2016.

DON’T MISS: Have hackers stolen your personal information? This handy quiz will let you know

The always colorful Clarkson wasn’t shy about boasting of his new deal with Amazon, which he heavily implied was a much sweeter arrangement than the one he had with the BBC.

“I feel like I’ve climbed out of a bi-plane and into a spaceship,” said Clarkson, whose last episode as the host of Top Gear aired on June 28th.

Earlier rumors claimed that Netflix was pursuing Clarkson and his cohorts for a new car show but it looks like Amazon has definitively won the rights for their services.

Clarkson was fired by the BBC earlier this year for punching one of his own producers. Even though he had many fans who protested his sacking, the BBC nonetheless decided to move forward on Top Gear without its popular longtime host.

Last month, the network announced that it had signed Chris Evans to a three-year contract to make him the new host of Top Gear. The 49-year-old Evans is best known for his work on BBC’s Radio 2 as a breakfast show presenter.