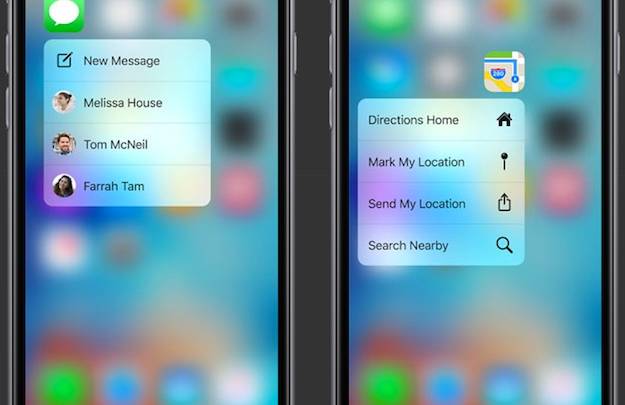 With the first wave of iPhone reviews now out in the wild, 3D Touch appears to be the one feature that reviewers seemed to universally love. Much more capable than your typical right-click, the iPhone 6s display can not only detect a hard press, but varying levels of pressure as well. As a result, 3D Touch opens up an entire new world of user interaction, with one reviewer noting that 3D Touch represents the biggest leap forward in smartphone UI design since multitouch.

While we’ve seen a few demos of 3D Touch on the iPhone being used to quickly take a photo or explore links in an email, there’s a particularly cool 3D Touch keyboard feature that manifests itself when one presses hard on iOS’ virtual keyboard.

As the video below from TechCrunch’s Matthew Panzarino demonstrates, iOS’ virtual keyboard nimbly transforms into a makeshift trackpad when a hard press is detected. From there, users can quickly find and select text excerpts quicker than ever before.

According to Panzarino, one press will bring up the trackpad and allow users to move the cursor to and fro. When additional pressure is detected, a highlight mode to select text is activated.

As the video shows, this is beyond clever, extremely efficient, and underscores how 3D Touch is truly a usability game-changer.