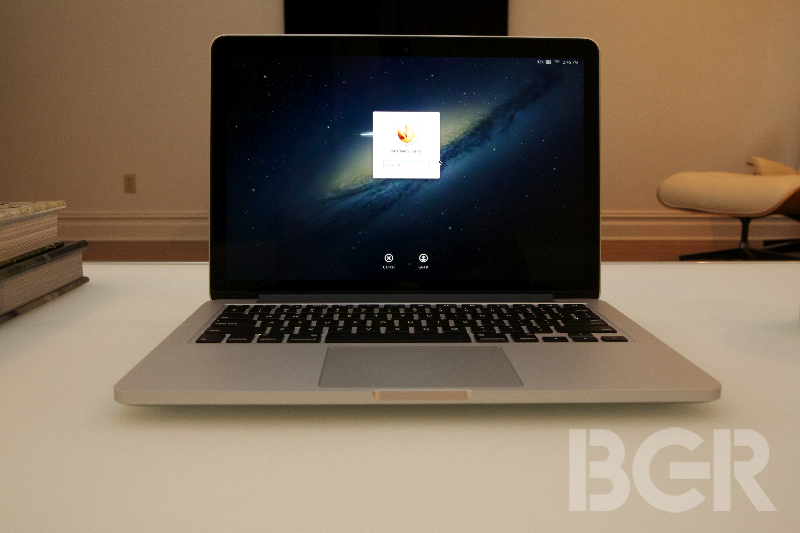 A picture taken inside a new Paradise Walk store and posted on a Chinese forum apparently reveals that Apple is getting ready to update its MacBook Pro line at some point in the near future, 9to5Mac reports. Apple already updated the MacBook Pro with slightly faster processors and cheaper prices across the board, and launched an even cheaper iMac version earlier this year. The company is expected to update its Pro family and release other Mac models later this year.

According to the image leak, Apple apparently plans to include faster processors in all new 15-inch Retina MacBook Pro models – only details for the 15-inch models were leaked – with a 200MHz bump expected for all models.

Other significant changes include RAM boost and more storage. Apparently, 16GB of RAM will be the new standard across the board, while a high-end Retina MacBook Pro will ship with a 1TB hard drive out of the box.

Official pricing details for the new MacBook Pros, or an actual release date, are not available at this time, and it’s not clear whether Apple will also discount the Retina MacBook Pro, as it did with the 2014 Air models earlier this year. Apple has not updated its online stores with new listings for 2014 Retina MacBook Pro models yet.

A report from MacG.co, via MacRumors, suggests that the new Retina MacBook Pros will be released on Tuesday.