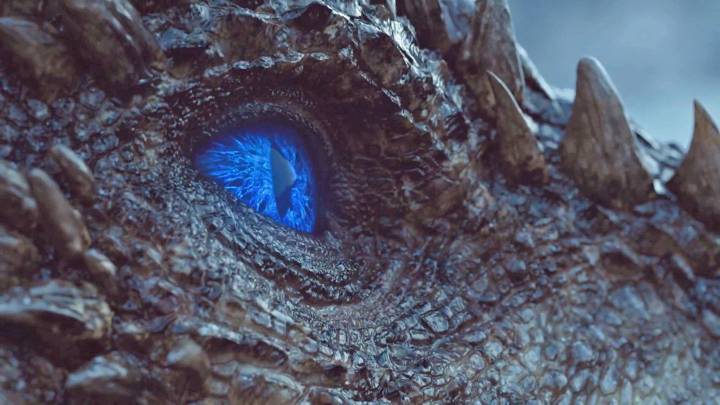 Warning: This is a spoiler-filled rant, so if you haven’t seen the most recent Game of Thrones episode — that would be Season 7, Episode 6 as of this writing — I suggest you turn away now!

Game of Thrones has gotten really, really good at saving the best parts of an episode for the final few minutes, and in Beyond the Wall the most insane moment of the entire episode are actually crammed into the very last seconds. The Night King’s army drags the lifeless body of Daenerys’s dragon Viserion from the depths of the frozen lake and the frosty commander himself awakens the dead beast as a wight. It’s an incredible twist to the winter war, but we still don’t know the most important thing about the newest enemy from the north: what does it do?

If you’ve been watching Game of Thrones since its debut you probably saw the twist coming from a mile way. As soon as the dragons arrived beyond the wall it was inevitable that one of them would succumb to the horrors that stranded Jon Snow in the middle of the frozen abyss. With the memory of the undead bear attack from earlier in the episode still fresh in viewers’ minds, the death of Viserion at the hands of the Night King and his subsequent revival was the perfect way to show just how dangerous the undead army really is.

But just how dangerous is the newly wight’d Viserion? There are two ways it could play out:

The first is that Viserion could simply be an undead dragon, and continue to breath fire and fly just as he always has, albeit with a new master. This would follow the precedent set by other undead animals, which tend to simply become super aggressive and violent as their bodies rot away around them. This would also be kind of boring.

The second, and probably more likely scenario is that as a wight, dragons breathe something other than orange flame. It could be either ice/frost, or even blue flame. Either of those would make perfect sense (in a Game of Thrones sort of way) and thanks to earlier seasons we already know that green flame exists, so blue wouldn’t exactly be a stretch.

If Viserion now casts a freezing beam of blue flame or frost, it also opens up the possibility that winter will spread far faster than every before. Imagine the Night King perched atop an ice-casting dragon which can freeze entire villages in just seconds. And if those frozen by the beam also become undead walkers themselves? Well, now we’re talking about a force that could truly decimate Westeros in short order.

It’s worth noting that “ice dragons” do actually exist in the lore of Westeros. In A Dance with Dragons, an old story is referenced that mentions ice dragons specifically:

These colossal beasts, many times larger than the dragons of Valyria, are said to be made of living ice, with eyes of pale blue crystal and vast translucent wings through which the moon and stars can be glimpsed as they wheel across the sky. Whereas common dragons (if any dragon can truly be said to be common) breathe flame, ice dragons supposedly breathe cold, a chill so terrible that it can freeze a man solid in half a heartbeat.

On the surface, it seems to fit, but the actual physical appearance of an ice dragon (at least as described in the book) is quite a bit different from what we see of the newly-wighted Viserion. The undead dragon doesn’t appear, at least at first, to have anything other than the iconic blue eyes of a wight, but it’s entirely possible that he will continue to evolve. We only see him for mere seconds, so it’s difficult to say. There’s also the chance that — as has happened many times throughout the Game of Thrones TV series —— the written description will vary from the version we see on the screen.