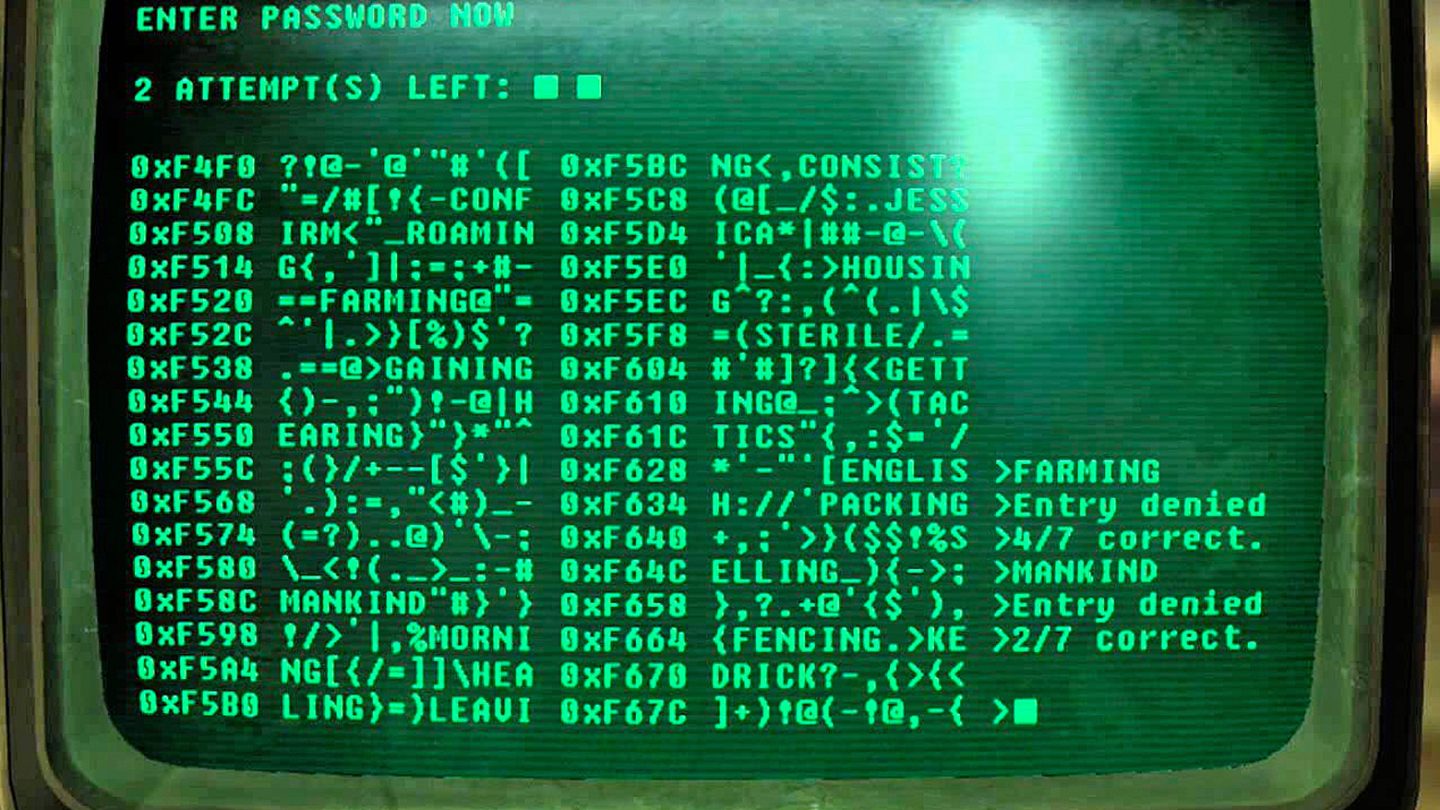 The thing about computer hacking is that it’s such a general, far-reaching term that it’s almost impossible to explain to someone who isn’t already familiar with it. So, news networks who need b-roll footage to show while they’re talking about hacking usually just show keyboards or random strings of letters and numbers, while the audience stares blindly at the screen, assuming that whatever they’re looking at is somehow related to the topic. Or, if you’re CNN, you steal footage from one of the most popular video games of the year and hope that nobody watching will recognize it.

In a recent story about President Obama proposing sanctions against Russia for its role in cyberattacks targeting the United States, CNN grabbed a screenshot of the hacking mini-game from the extremely popular RPG Fallout 4. First spotted by Reddit, the screenshot shows the menacing neon green letters that gamers will instantly recognize as being from the game. In Fallout 4 — as well as Fallout 3 and Fallout: New Vegas — the player can hack computers to gain information or unlock doors and safes. It’s performed like a word puzzle, where the player has to find a specific word in a huge mess of letters and random characters. It’s simple but fun, but it has absolutely nothing in common with actual hacking, which is what makes it perfect for mainstream news viewers. “If you want to talk about hacking on a major news network, your choices are either that or a scene from The Matrix,” one Reddit user sums it up. Sadly, they’re absolutely right.