The ISS will soon get bigger, and the Russians are preparing for it

The International Space Station is the one place outside of Earth where humans have maintained a presence for a long, consistent stretch of time. It’s also changed a lot since astronauts first began calling it a temporary home. New modules have been added over time, allowing for more space for science and, at times, creature comforts.

Today, a pair of Russian cosmonauts will be working outside of the ISS to prep it for the addition of a brand new module. The Russian Multipurpose Laboratory Module nicknamed Nauka (“science” in Russian) will be affixed to the large orbiting laboratory and serve as a new location for researchers to carry out their work. 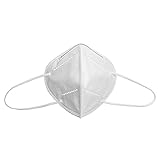 The preparations for the soon-to-be-installed module include inspections of the airlock that will be used to secure the module to the space station as a whole, and just generally ensuring that everything looks right on the outside of the spacecraft. Air leaks in the Russian side of the spacecraft have caused concerns in recent months, but now that those appear to be cleared up, Russia is excited to get its new module installed sooner rather than later.

The Nauka module will be a replacement for Russia’s Pirs module, but that older module won’t be decommissioned for some time. The Nauka module is expected to be launched to the ISS in April of next year, but before that can happen, cosmonauts will have to perform multiple spacewalks to “relocate assets” for the expected arrival of the new module, according to CNN.

The International Space Station has been orbiting Earth for over two decades now, and it’s had humans occupying it for the vast majority of that time. There have been questions as to how viable the space station will continue to be in the future, and how long NASA, the European Space Agency, Japan’s JAXA, and Russia’s Roscosmos group will continue to see the spacecraft as a useful tool for various research.

However, within the last couple of years, it’s become increasingly clear that the space station will get a new lease on life. The ISS is expected to continue to be operated until at least the end of the decade, but chances are that the space station will live on beyond even that date. Missions to the Moon and perhaps even Mars may be a high priority for various space agencies by that point, but the ability to conduct research in the microgravity environment of the ISS appears to be too valuable to give up without having a replacement readily available.