Interview: CBS Digital gives us a behind-the-scenes look at how TV shows are made 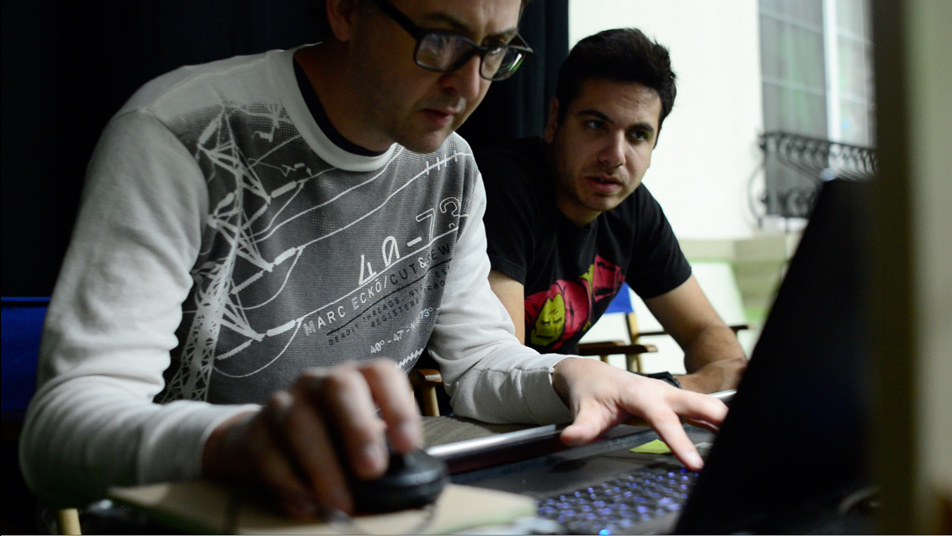 If 2016 has provided a bumper crop of compelling TV content — in the form of everything from Westworld to all those Amazon and Netflix originals to earnest, experimental series like FX’s Atlanta — it’s also meant that studio executives like George Bloom and Craig Weiss find themselves busier than ever these days. Indeed, the pair of executives at CBS Digital have their work cut out for them.

MUST SEE: 10 of the best Black Friday TV deals you can buy right now

At a Television Critics Association press event a few months ago, FX CEO John Landgraf said he thinks so much content for the small screen is getting churned out that we’ll probably see ‘peak TV’ next year, or certainly by 2018. Having so many shows to binge on, of course, is great for TV junkies. But first, all that content has to actually get written, shot, edited and distributed.

And for a look at some of the increasing demands on that front, BGR caught up some of the folks at CBS Digital, a creative studio and production entity within the CBS Television City studio complex in LA.

Weiss is an executive director and Bloom an executive producer with CBS Digital, and their team of a few dozen employees is ramping up its efforts on a couple of important fronts. The unit at the moment is handling a string of projects for outside entities, everything from Amazon and Netflix to competing studios like ABC and FOX, at the same time as it’s building out its own next-generation visual effects capabilities.

Weiss and Bloom say they’re all-in on virtual reality, for example, and wants to do more there, at the same time as the unit absorbs projects for shows like Amazon’s Transparent and Netflix’s Daredevil.

“At the end of the day, the most important commodity for a filmmaker is time,” said Bloom, whose CBS Digital visual effects team creates effects for TV series as well as movies, in addition to developing custom VR content for CBS Digital’s VR Lab that he oversees. “They have very little time, because these TV shows are kind of blurring the line between TV and movies. And on these TV series, the quality is just as good as theatrical motion pictures, but we’re having to work at a much faster pace.”

It’s why he says the team at CBS Digital, for example, is sometimes delivering 150 to 175 shots a week for a TV show that has to be shot in eight or nine days. The increased demands of studio partners are also why the CBS team created the system they call Parallax, which helps them deliver virtual sets that can replicate any set or location and turn it into a digital, 360-degree environment.

Speaking of visual effects work the unit does, that’s distinguished, for the uninitiated, from “special effects.” A team helps shoot a car explosion for a TV series? That’s a special effect. Visual effects, on the other hand, refer to the kind of computer-focused work CBS Digital is involved with.

Visual effects is the core of CBS Digital’s business. Meanwhile, some of the shows CBS Digital works with are also coming to them and asking for custom VR experiences, like the recent Netflix hit series Stranger Things.

Here’s what CBS Digital helped come up with there:

“We believe VR is the next platform of how to express yourself, and we see a lot of growth headed in that direction,” Bloom said, adding that the team is also experimenting with consumer-facing products like Facebook’s Oculus headset. “We’re trying to anticipate where the future might lie.”

Weiss sees a blurring of lines between traditional TV and film media and VR in a way that’s comparable to how film and TV have begun to resemble each other, at least in terms of quality.

“And once we have that (VR) asset for that show, that asset can go right into the Vive or the Oculus,” he said. “And somebody can walk around on the set of Daredevil and experience that in a way they couldn’t before. It helps extend the brand of the show.”

The “coach” class, Bloom explains, is something like Facebook 360 and Google Cardboard. The step up from there would be the “deeper, more immersive experience you can have with positional tracking” thanks to products like the Oculus and Vive.

“Then the even deeper experience is we’re building things you can’t buy off the shelf,” Bloom continued. “These are very large-scale experiences we can take out to publicity events and malls. They’re location-based, where you can touch things with your hands and walk around inside the world of Stranger Things or Daredevil. Those can be waterfalled down to use in the Vive or Cardboard, but you kind of have to build the first-class experience to down-convert it to the other platforms. If you build it for Cardboard only, you can’t take it uphill.”

As far as other examples of the unit’s work, CBS Digital also does coloring and mastering projects. For James Corden’s Carpool Karaoke, it corrects color on those videos.

The team also worked on the big prison sequence in the Netflix series Daredevil where the Punisher breaks out of prison. And there was a scene in Amazon’s Transparent that CBS Digital helped create, where four separate stories were being told at one time.

“They wanted to bring all those stories together, so we created this really seamless shot where we pass by the window of each hotel room,” Weiss said. “The camera seamlessly goes by, and then it ends at the balcony — it was very difficult for them to solve that by normal production, and we were brought in to say how can we do that, how can we help (creator Jill Soloway) tell her story.

“Even though we’re at CBS, we’re studio agnostic. So a lot of our clients are outside clients. We’re kind of guns for hire, and that really helps us stay on the cutting edge of technology. We’re brought in and become a creative partner with the show, sometimes maybe even before a script has been written, to see what makes sense … how can we help tell their stories. Because visual effects has become such an integral part of television, kind of woven into the fabric of every show.”