Innovation of the week: Gel-filled touchscreen morphs to add buttons when you need them 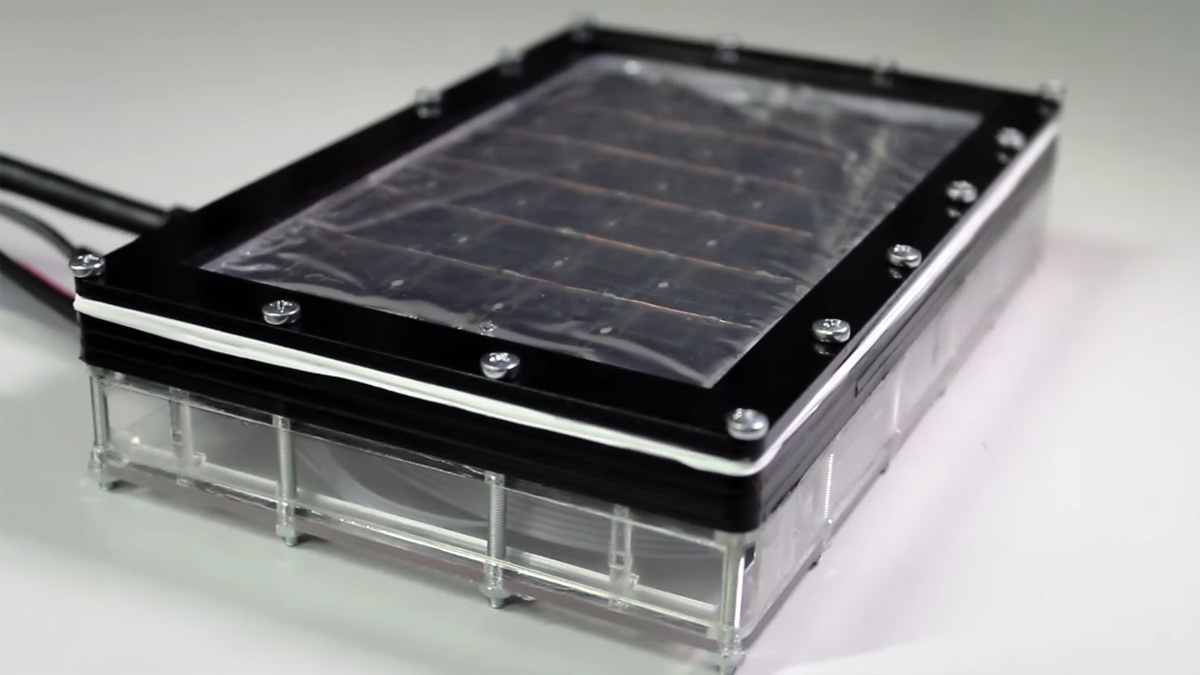 The device pictured in the image you see above might look a bit primitive, but it’s actually a prototype built to showcase technology that may very well be the future of touchscreens. Researchers from Technische Universität Berlin in Berlin, Germany built the device, which offers a brilliant solution for touchscreens by giving them real physical buttons that appear temporarily when you need them, and then vanish when you don’t.

Imagine holding a phone as sleek as the iPhone 6s in your hand, but having access to a QWERTY keyboard with physical buttons without materially increasing the size or thickness of the device. Imagine a car with a massive touchscreen in the dashboard like the one in Tesla’s Model S, but with buttons you can feel and control without taking your eyes off the road.

Scenarios like this may soon be made possible by GelTouch, which uses a creative solution to add physical buttons to a flat touchscreen.

The solution involves a flat touch panel with a layer of gel underneath. A transparent layer of indium tin oxide (ITO) placed beneath the gel has electrodes attached to it. Then, electricity sent to engraved shapes in the ITO panel heats the gel on demand, causing it to expand and stiffen in predefined shapes, thus creating temporary buttons just beneath the surface of the display. When the electrical current ceases, the gel cools again and the buttons retract.

He’s a video of GelTouch in action:

What is perhaps most exciting about GelTouch is the fact that several different button shapes can exist in the same spot. Different shapes can be engraved in multiple ITO layers beneath the gel, each with the ability to be heated individually. So for example, imagine a smartphone with a QWERTY keyboard that appears near the bottom of the screen when you want it, and gaming controls that can appear in the same spot.

“You basically can have unlimited shapes or structures or whatever you want,” lead researcher Viktor Miruchna told MIT Technology Review.

There are still a number of issues that need to be ironed out before a product like GelTouch is ready for commercial applications. For one, the solution needs to better control currents to ensure that GelTouch’s temporary buttons don’t continue to expand when activated for long periods of time. Miruchna says his team is already working on overcoming these hurdles though, and we may indeed someday see this exciting technology in commercial products.

The team recently published a paper covering its research, and you can read it here.