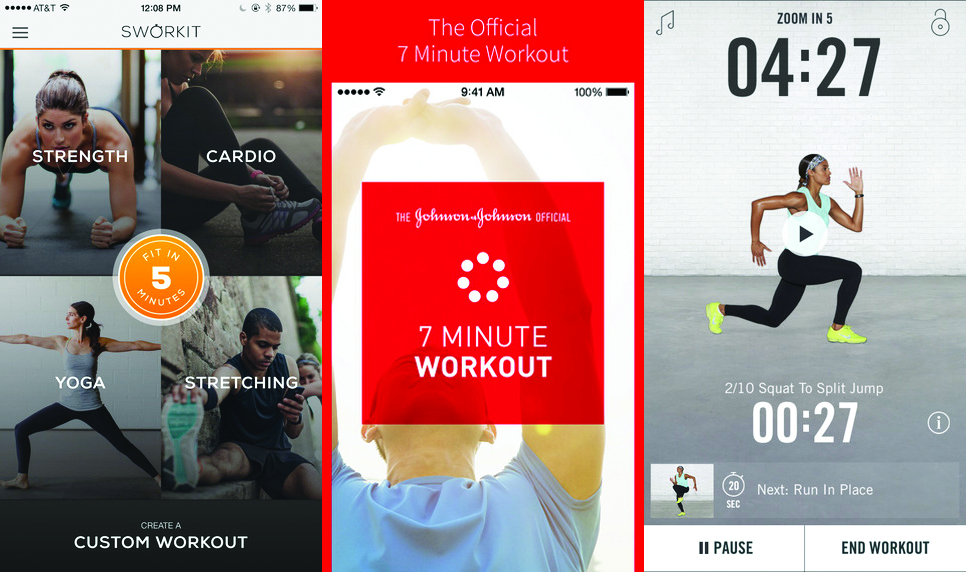 Apple’s App Store is chock full of fitness apps. In fact, there are so many free fitness apps that it can be overwhelming to even consider downloading one, which might be the only thing between you and a regular workout routine. It’s one more hurdle to overcome, but some helpful advice from University of Florida researchers might help you make a final decision.

According to The Washington Post, researchers took the 30 most popular free fitness apps for the iPhone, and in order to gauge their effectiveness, matched each of them up against the American College of Sports Medicine’s guidelines for physical activity.

Combining each of the three individual scores to come up with a final grade out of 14, the researchers found that only a single app — Sworkit Lite – Personal Workout Trainer — met over half the available criteria. That app received a 9.01. No other app received over a 5.5. In other words, every app but one failed to meet the ACSM guidelines.

“The issues with these apps place users at risk for injury because the apps fail to prepare them to take on the exercises, use proper techniques and address safety issues,” said Francois Modave, lead author of the study.

Johnson & Johnson later got in touch with the Post to make a case for its 7 Minute Workout app, which received an unimpressive score of 2.44. The company believes that the study “does not appear to be a fair or accurate rating and assessment” of the app.

ACSM responded by noting that the guidelines clearly state that all three components are necessary, but concedes that an app can provide “potential value for the user” even if it doesn’t tick all three boxes.

Be sure to check the full report on The Washington Post to see the rest of the score.