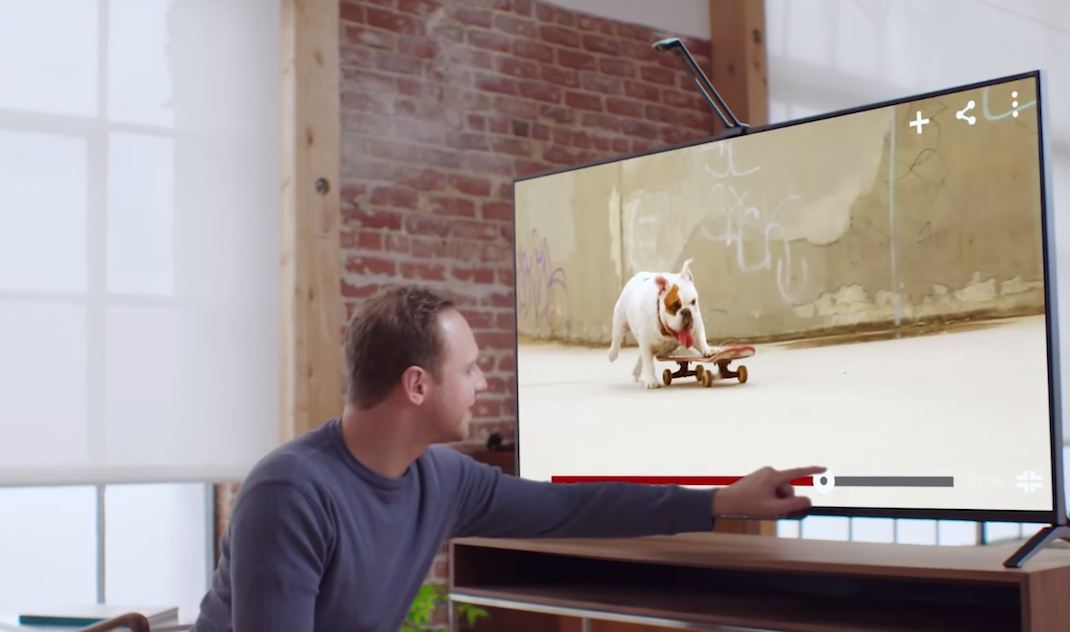 The way we interact with screens has changed drastically over the past few decades. We rarely go more than a day without touching the display of a smartphone, a tablet or a touchscreen computer, so it only makes sense that one day our TVs will begin to move in the same direction.

With the Touchjet WAVE, you won’t have to wait any longer.

Having already received over $400,000 in funding (a solid 400% of the team’s original $100,000 goal), the WAVE can mount on any TV up to 80 inches with an HDMI port, runs any Android app you can throw at it and connects to Wi-Fi for streaming video as well as downloading new apps. Best of all, it’ll only run you $129 if you pledge now.

According to the Indiegogo page, the WAVE “uses bleeding edge infrared technology to track finger movements and taps across the screen. WAVE’s Light Processing Unit translates these infrared inputs into gestures and taps that the Android system can understand.”

If you don’t want to get up and walk over to your TV, you can also control the WAVE from your smartphone or tablet with the mobile companion app. You can also share images, videos and documents from your mobile device to the WAVE in order to give everyone a better view on a larger display.

The team at Touchjet hopes to end the campaign next month, test the device throughout the year and then begin shipping to backers as early as March 2016. The global launch is expected to take place in April.

See the Touchjet WAVE in action in the video below: