The first smartphone case ever that I actually want to use 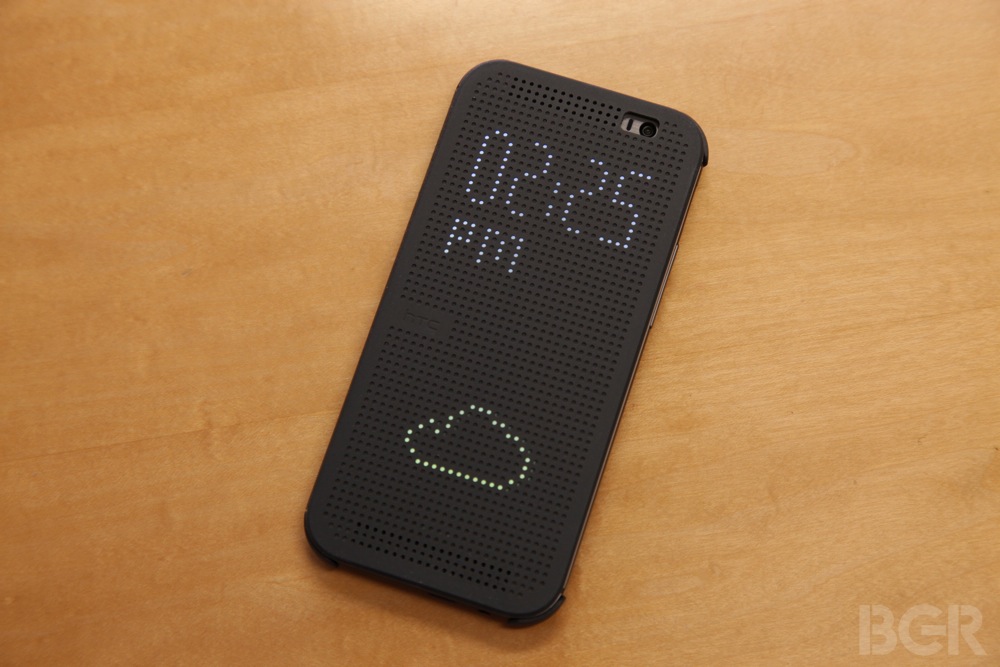 I hate smartphone cases. Hate, hate, hate. They are indeed a necessary evil for many users, since protecting one’s investment of several hundred dollars is obviously a smart move. But smartphone makers spend thousands of man hours and millions of dollars in their efforts to make these devices thin and gorgeous… and then we cover them up with hideous, bulky cases built out of $1 or $2 worth of gross plastic. It’s a crime.

Personally, I never put cases on my phones. I just can’t stomach it. As readers who have read my reviews in the past are well aware, I value design far too much to cover up all these great looking phones with some flimsy plastic. I would rather enjoy my phone and roll the dice.

It comes as something of a surprise, then, that I am actually considering slapping a case on the most gorgeous smartphone ever created.

I reviewed the new HTC One (M8) on Tuesday. Long story short, I loved it. In terms of design, materials, software and performance, it’s easily the best Android phone that has ever been created. In fact, it might be the best smartphone ever, period.

In a follow-up, I explained that the M8’s design is absolutely the best thing about this great phone. It’s stunning, solid and ergonomic. The new brushed finish on the gunmetal gray version is beautiful, and covering up all of the phone’s fantastic design details might be considered an atrocity against good taste.

But HTC’s new Dot View case is just too cool to ignore.

The back of the case is pretty standard hard plastic and it is contoured to fit the curved back of the One (M8). It’s reasonably thin, though it obviously still adds some bulk to the phone. The real action is found around front, however.

HTC designed the rubber flip cover on the Dot View case with a grid of tiny holes that serve two purposes. First, they add a nice texture to what would otherwise be a boring cover. Second, they enable a very cool looking effect for the time, weather and notifications that show through the case while it is closed.

Like Apple’s Smart Cover for the iPad, the Dot View case is designed in such a way that the M8 knows when it is flipped closed. Opening the cover wakes the phone automatically, but the handset’s functionality while the cover is closed is much more nifty.

As can be seen in the image above, waking the handset while the cover is closed displays the time and an icon that represents the current weather conditions. The current temperature is also displayed soon after. Missed event notifications show through the case as well.

Finally, caller ID for incoming calls is displayed through the case, and users can actually swipe up on an arrow without even opening the cover to answer a call.

I’m torn. The idea of covering up the great work HTC did on the new One is pretty crazy to me, but the Dot View case might just be creative enough to change my mind. I’ve been using it for the past day, but we’ll see if it sticks.

All that said, the Dot View case is a tough sell at $50 on HTC’s website. But for those willing to spend a few extra dollars on what could be the coolest smartphone case ever, look no further.