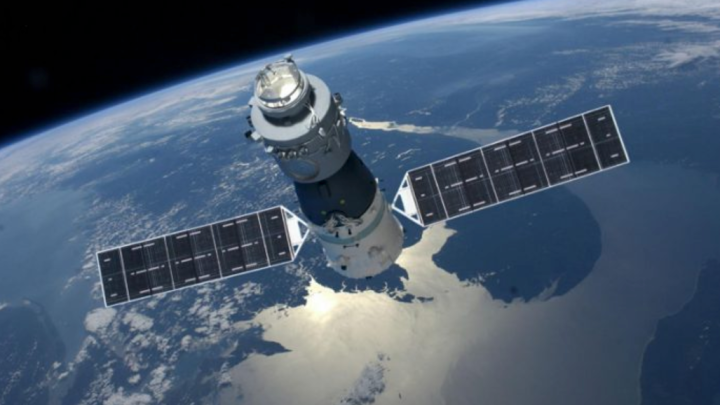 We’ve been anticipating the eventual fall of China’s Tiangong-1 space station for months already, but now we’re entering crunch time. The out-of-control spacecraft is expected to drop any time now, and scientists attempting to forecast its demise have pinned the deorbit date for the end of March or beginning of April. A five-day window beginning March 30th has been promoted as the most likely timeframe for when the space station will fall from the heavens.

Last year, China came forward and admitted that it had completely lost control of the Tiangong-1 spacecraft, whose name means “Heavenly Palace,” and could no longer communicate with the space station whatsoever. Sitting in orbit without any way to orient itself or alter its own path, the huge satellite has been in a decaying orbit ever since, and scientists knew that it was only a matter of time before gravity would pull it back down to Earth. Now that day is nearly upon us, and the world is waiting to see where it might land.

The space station weighs in at nearly 19,000 lbs and measures some 34 feet long, but not all of it will actually make it back down to Earth once it reenters our planet’s atmosphere. The friction of reentry will incinerate the spacecraft and much of it is likely to be completely vaporized in the process. However, the object is large and dense enough that some material is likely to plummet back down to the ground, and scientists still don’t have a great idea of exactly where it will impact.

“In general, it is much easier to predict an accurate reentry time rather than an accurate reentry location,” Aerospace.org explains. “Based on Tiangong-1’s inclination, however, we can confidently say that this object will reenter somewhere between 43° North and 43° South latitudes.”

That’s an incredibly broad prediction and doesn’t really offer much comfort for anyone in much of North America, Europe, Russia, and most other nations. Still, the chances of any piece of debris actually impacting near you are incredibly small, and the odds of being struck by one of those objects is even slimmer. In fact, you are about a million times more likely to win the lottery than to be struck by a chunk of Tiangong-1. Nevertheless, let’s all keep our fingers crossed that it comes down over the ocean and not a populated area.