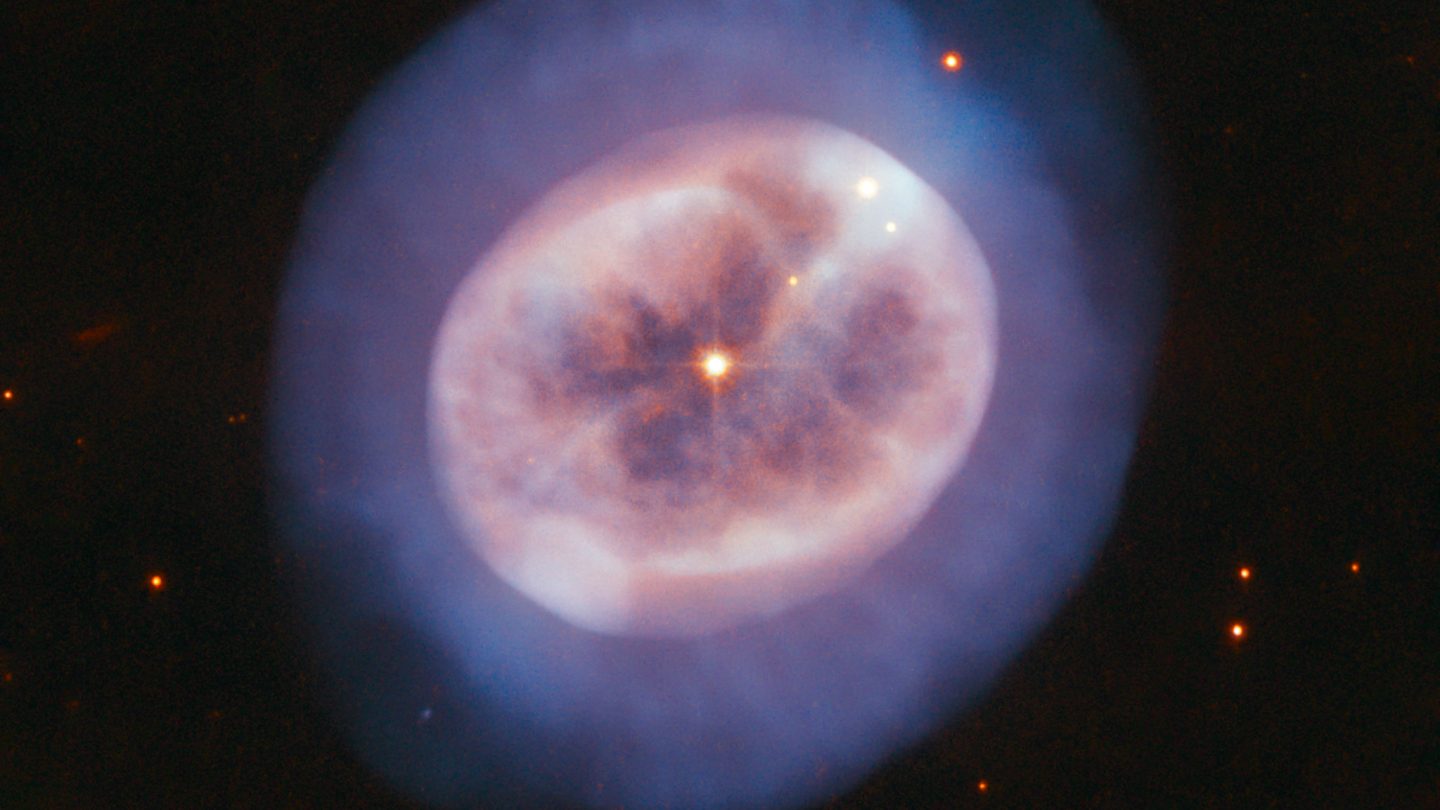 When you gaze at the sky on a clear night, you can easily spot countless stars shining bright. Most of them look pretty much identical, aside from varying brightness, but when NASA’s Hubble Space Telescope zooms in on a distant object, it can see it for what it truly is.

In the case of NGC 2022, located in the constellation Orion, Hubble’s imaging tools reveal it to be a big blob of gas surrounding an aging star. It looks absolutely bizarre, but it’s actually the predictable result of a star approaching the later stages of its life.

Depending on their size and makeup, stars can take on various forms as they begin to age. Our Sun, for example, will eventually become a red giant, and NGC 2022 is what remains of the star at its heart doing the same thing.

When stars like the Sun grow advanced in age, they expand and glow red. These so-called red giants then begin to lose their outer layers of material into space. More than half of such a star’s mass can be shed in this manner, forming a shell of surrounding gas. At the same time, the star’s core shrinks and grows hotter, emitting ultraviolet light that causes the expelled gases to glow.

The resulting object is known as a planetary nebula, and it got that name due to its bulbous, planet-like appearance.

When a star like our Sun become red giants, that often spells doom for any planets that are orbiting them. Planets that are close enough can be completely swallowed up by the star, while others may be stripped of their atmospheres as the star sheds its gasses.

For Earth, things are going to get pretty wild when the Sun enters its red giant phase, though it’s unclear if the star will grow large enough to engulf Earth. It’s likely, scientists believe, that the Sun will indeed swallow both Mercury and Venus, leaving Earth on the fence, but even if Earth is spared total destruction, the intense heat of the star will completely kill off any remaining life on our world.

Thankfully, the Sun’s eventual transition isn’t expected to begin for another billion years or so. It will start by getting brighter and hotter, and continue to do so for billions years until it reaches red giant status in around 5.4 billion years.