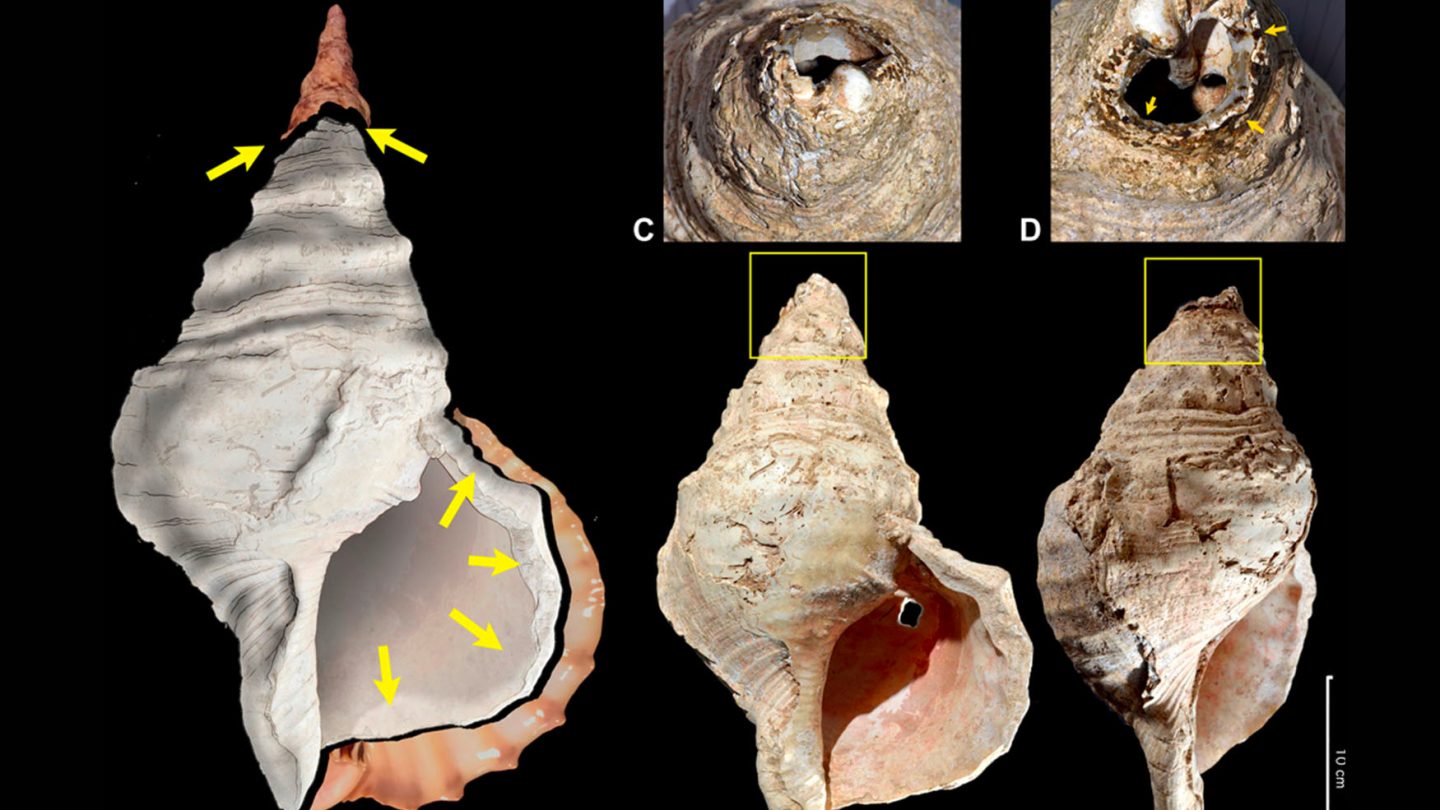 Today, music is part of our everyday lives. You listen to it in the car, while you work, while you workout, and maybe even rely on music to help you fall asleep. But how far back does the idea of music really go? When did humans first begin making music? The simple answer is that we don’t really know, but we do know that musical instruments were being made thousands and thousands of years ago.

Now, an incredibly old seashell that was discovered nearly a century ago is being looked at in a new light, and it might end up being the oldest musical instrument ever found on Earth. The shell, which was from a conch, was thought to be an ancient ceremonial relic, but new research suggests that it may have been used as a horn, and at 17,000 years old, that would make it the oldest musical instrument ever.

As NPR reports, the shell that is now the subject of the intense investigation was originally discovered in 1931. It was found in France in a cave that includes other signs of ancient human activity, including paintings on the walls, and the site has been dated to roughly 17,000 years ago. When the shell was found, researchers of the time believed it was used as a cup in some sort of ceremony. The fact that there the end had a hole in it was thought to be little more than the unfortunate damage it had suffered over the centuries.

We report on the study of a seashell from the decorated cave of Marsoulas and demons
trate that the Magdalenian occupants of this site transformed this shell into a wind instrument. It is one of the very rare examples, if not the only one for the Paleolithic period, of a musical instrument fashioned from a large shell, and the first conch shell of this use thus far discovered.

Closer investigation of the hole in its tip revealed that it appeared to be an intentional addition to the shell. The markings were indicative of ancient tools, suggesting that whoever added the hole did so with purpose.