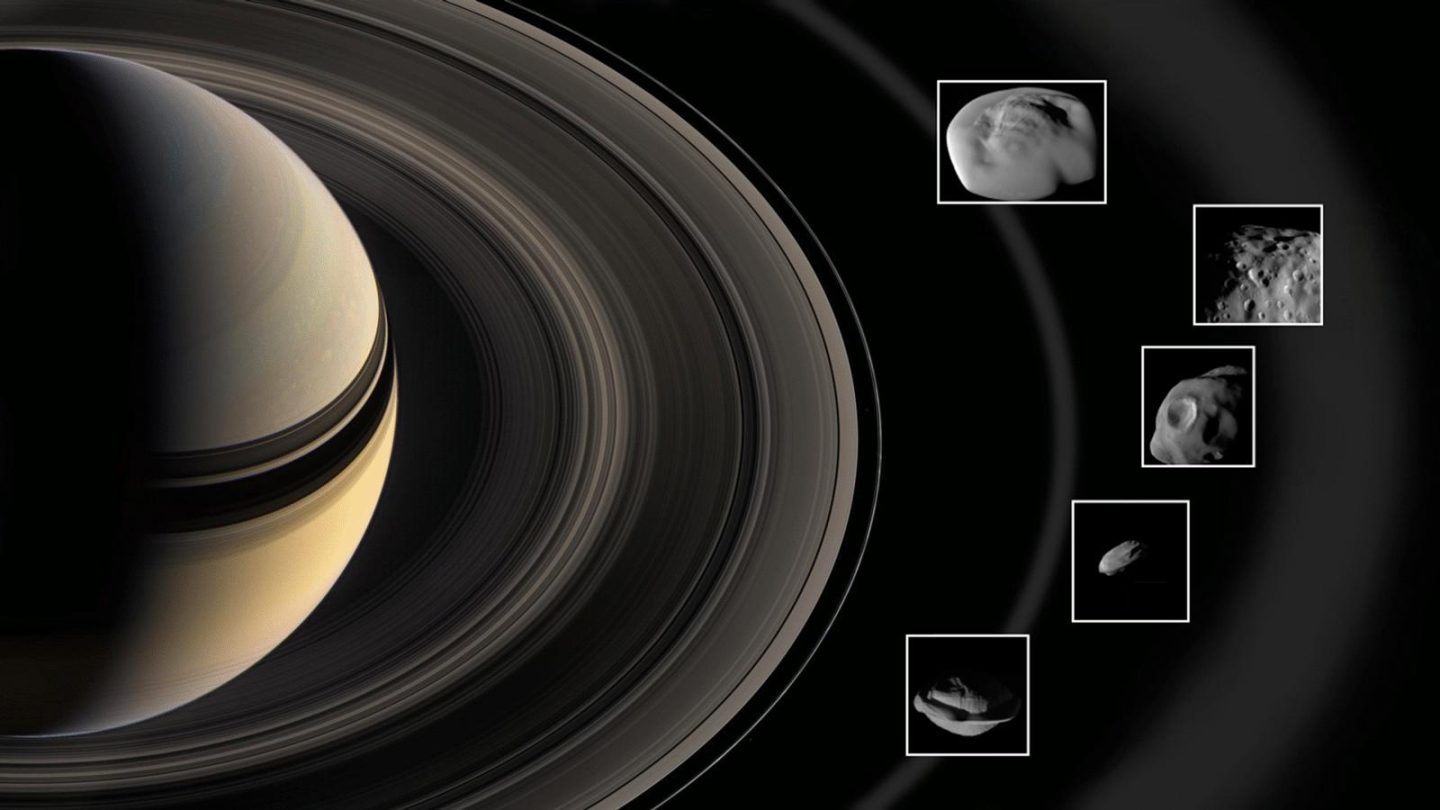 NASA’s Cassini spacecraft has long since bitten the proverbial dust, but data it sent back years ago is now revealing how actual dust affects some of the planet’s many moons. As NASA’s Jet Propulsion Laboratory explains in a new blog post, Saturn’s iconic rings tend to litter some of its moons with a variety of material, coating them as they drift in orbit around the planet.

The researchers focused on a handful of moons that exist close to or within the planet’s rings. The moons Atlas, Epimetheus, Pandora, Daphnis, and Pan are much smaller than the planet’s larger moons like the icy Enceladus, but in many ways they’re just as interesting.

Cassini was an incredibly successful mission for NASA, with the spacecraft outliving its expected mission timeline and punctuating its time at Saturn with a series of incredibly risky dives through its rings. Those dives allowed scientists to learn more about the planet, and especially its rings and moons, than ever before.

“The daring, close flybys of these odd little moons let us peer into how they interact with Saturn’s rings,” JPL’s Bonnie Buratti said in a statement. “We’re seeing more evidence of how extremely active and dynamic the Saturn ring and moon system is.”

In a paper published in Science this week, Buratti and fellow researchers reveal that the pint-sized moons near Saturn’s rings are likely chunks of the material that makes up the rings, gradually growing into larger bodies as gravity pulls more ring material to their surfaces.

Equally interesting is the fact that Saturn’s ice moon Enceladus, which has a habit of spewing water ice out of its poles and into space, is also contributing to the material building up on the smaller moons.

Learning when and how Saturn’s moons formed can teach astronomers more about the mechanisms at work in moon creation. This research offers hints at processes that are likely happening all over the universe, including around exoplanets we’re only now beginning to discover.