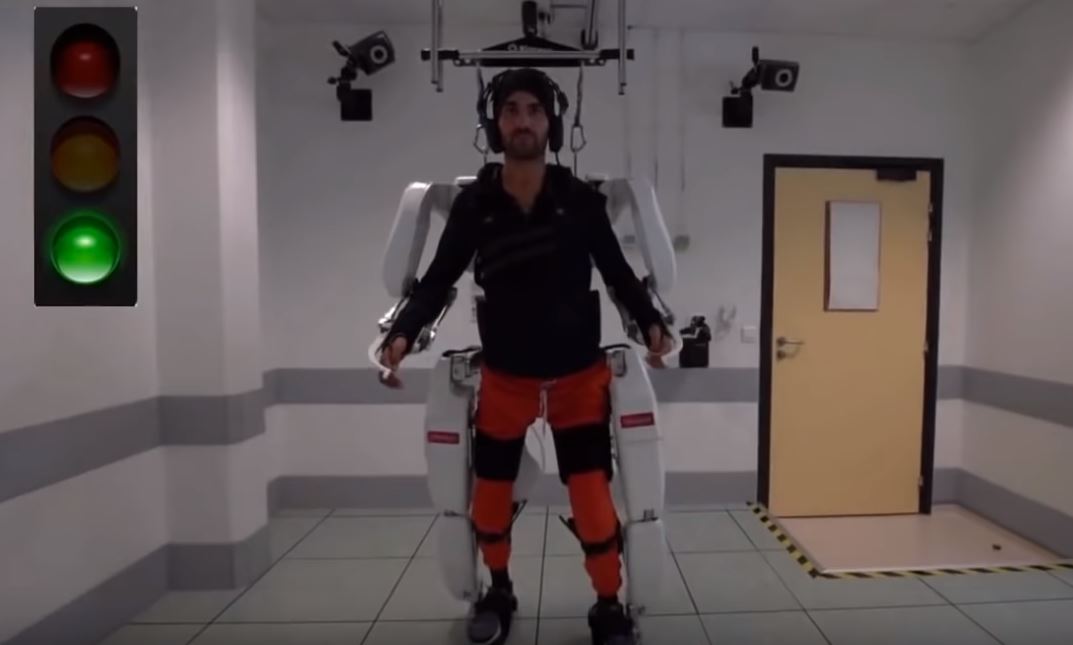 A 28-year-old man who fell some 40 feet off a balcony four years ago is getting back on his feet thanks to advancements in brain-controlled robotics technology. The man, identified as Thibault in a new research paper, had his spinal cord severed in the fall, preventing him from moving almost every part of his body.

Paralyzed from the shoulders down, and with only partial control over a single arm, Thibault has been training with a robotic exoskeleton that responds to commands from his own brain, and his progress shows that there may be hope for individuals with devastating spinal injuries to regain their mobility.

“When you’re in my position, when you can’t do anything with your body. I wanted to do something with my brain,” Thibault told AFP. Researchers gave him that opportunity with a pair of implants that monitor signals in the areas of his brain responsible for movement.

For two years, Thibault trained the system to recognize the commands being sent from his brain to his limbs. The computer translated those signals into the virtual movement of an animated character on a screen. He controlled the character’s movements with his brain, teaching it to walk and handle objects in the virtual world.

Then, when the scientists believed the system was smart enough to be applied to an actual robotic framework, Thibault was given the opportunity to test it out. With support in place, he donned the exoskeleton and practiced real-life movements. He has taken hundreds of steps, and the algorithm that decodes the signals from his brain continues to get better.

The system is still in a very early prototype stage, and this isn’t the kind of thing that could easily be rolled out to a large number of patients in its current state. That being said, it shows a lot of promise for the future of robotic-assisted solutions for paralyzed individuals, and the work is still ongoing.