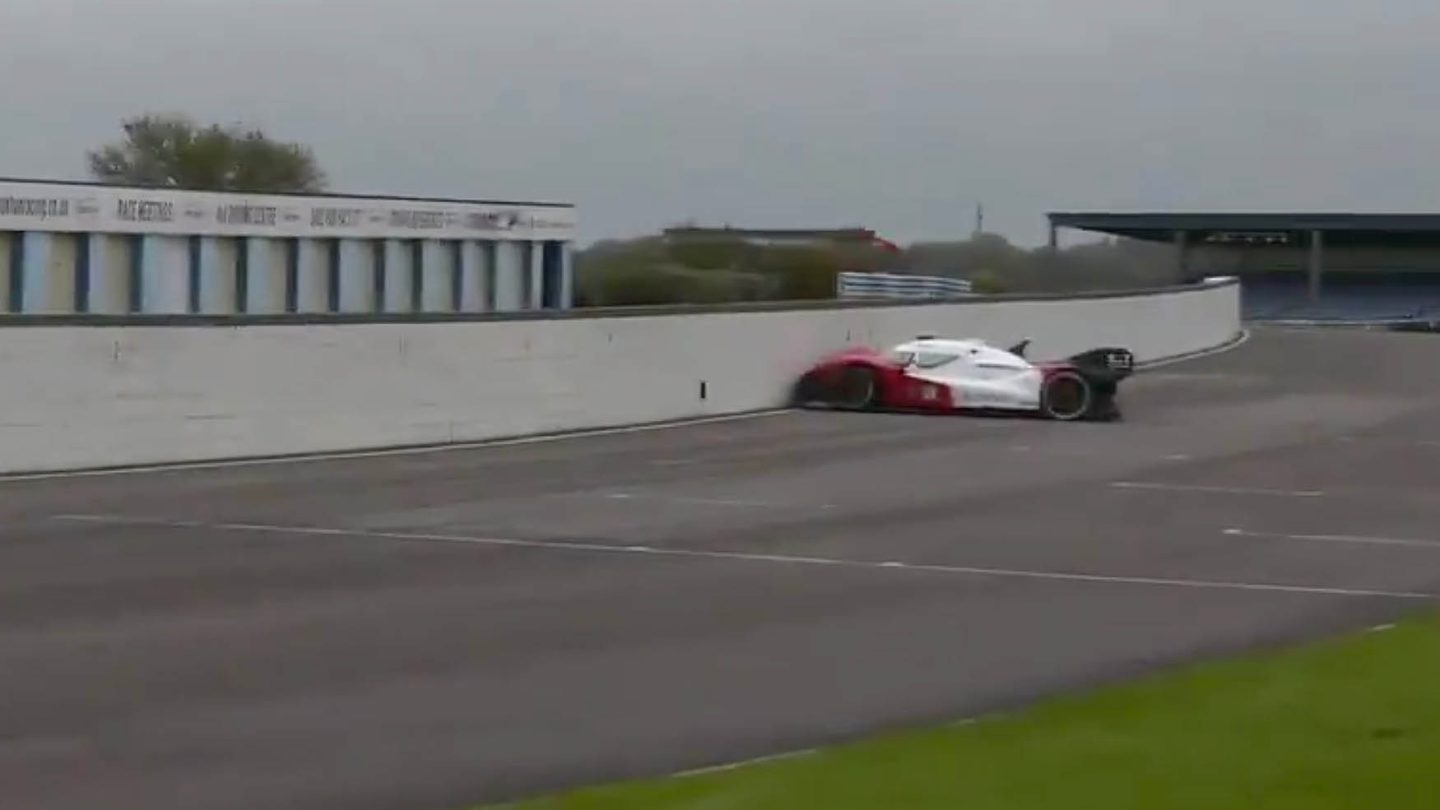 The robot apocalypse is coming… eventually. Well, maybe robots won’t actually take over the world one day, but the potential is certainly there, and we’ve already seen how robotic systems can completely take over tasks normally assigned to humans, especially in manufacturing and even driving cars.

With that in mind, the idea of the “Roborace” — a racing series in which all the vehicles are autonomously controlled — sounds pretty exciting. I mean, human error is the only reason that cars performing at their peak don’t make perfect runs around the world’s greatest race tracks, so slapping an AI driver into the seat would seem like a great way to ensure top speeds and flawless racing… right?

Unfortunately, that just wasn’t the case for one particular Roborace teams, as their pricey AI-controller auto slammed straight into a wall during one of the series first live broadcasts. The best part? The car wasn’t even doing anything before it crashed. It wasn’t rounding a turn at an incredibly high speed or trying to thread the needle between a wall and the edge of the track… it was just sitting there on the asphalt when it decided to make a sharp right turn and accelerate straight into the wall.

This is one of their first live-broadcasted events.

This was the second run.

It drove straight into a wall. pic.twitter.com/ss5R2YVRi3

As Jalopnik reports, the new racing project is currently in its “Season Beta,” which is a somewhat humorous but entirely valid way of phrasing things. The races have been a mixed bag, and teams have been trying to figure out any issues that may arise as they progress from race to race over a 12-event season that will continue until May of 2021.

Now, as far as the car-into-the-wall mishap goes, there is any number of reasons why things may have played out in the way that they did. These are incredibly complex machines driven by even more complex software. Did the robo-driver think it saw a squirrel in the road? Did it want to test the integrity of the walls surrounding that particular part of the track? Or did it simply realize that robotic racing is silly and it didn’t feel like participating in such a charade? We may never know, but we did get to see a car drive straight into a wall and not hurt anyone in the process, and in that way, I declare the event a huge success.

Whatever the case, the Roborace series does hold some promise if they can hammer out the kinks, as I think we’d all like to see cars flying around corners at speeds no human would be able to control, especially when there’s no risk of casualties if there’s a crash.