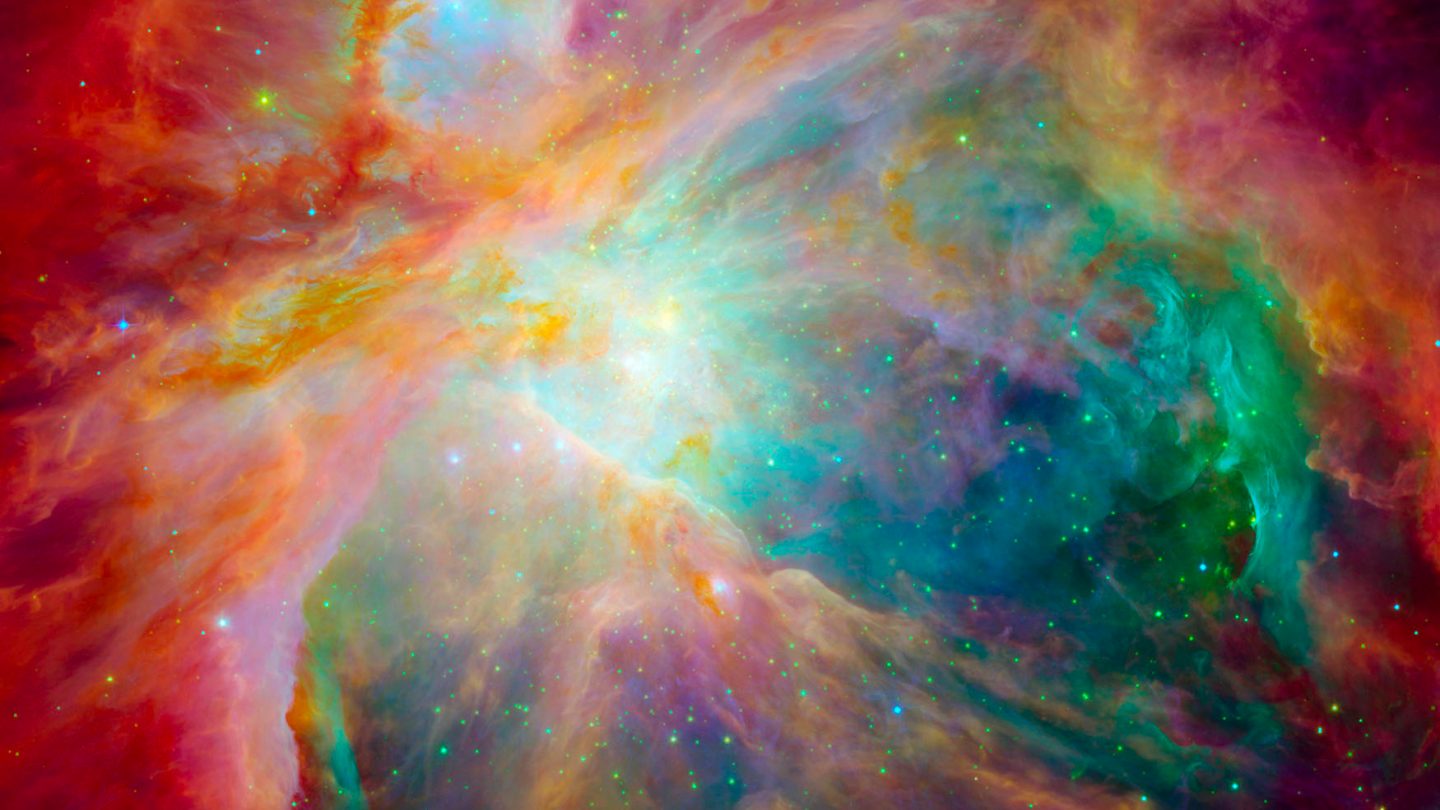 Well, the new year is officially here, and while many places that traditionally celebrate the birth of a new batch of 365 days have had to cancel their annual fireworks displays, you can always count on NASA to find some fireworks happening somewhere in the cosmos. In a new blog post, NASA has chosen to highlight a stunning image that is actually the combination of observations by both the Hubble Space Telescope and the Spitzer Space Telescope.

The image is of the Orion Nebula, a massive collection of swirling gasses surrounding some very young but very large stars. The two telescopes captured the same image in different wavelengths of light, offering us a glimpse of this region of space like we’ve never seen it before.

Nebulas are incredibly interesting features of the cosmos because they’re essentially the ingredients that make up star systems and galaxies but not yet coalesced entirely into objects like planets and stars. In this case, the Orion Nebula has already given birth to a small number of stars, but they’re very young.

Gaseous swirls of hydrogen, sulfur, and hydrocarbons cradle a collection of infant stars in this composite image of the Orion Nebula, as seen by the Hubble Space Telescope and the Spitzer Space telescope. Together, the two telescopes expose carbon-rich molecules in the cosmic cloud of this star-formation factory located 1,500 light-years away.

Hubble’s ultraviolet and visible-light view reveal hydrogen and sulfur gas that have been heated and ionized by intense ultraviolet radiation from the massive stars, collectively known as the “Trapezium.” Meanwhile, Spitzer’s infrared view exposes carbon-rich molecules in the cloud. Together, the telescopes expose the stars in Orion as a rainbow of dots sprinkled throughout the image.

It’s impossible to say what the next few billion years will bring, but if the nebula remains undisturbed by outside forces it will likely continue to form stars and, potentially, planets, moons, and asteroids that will orbit them. We can’t know how much material is truly present here, or what kind of planets and stars it may produce in the future, but for now, it remains a very interesting area of the sky.

Studying areas like this, and the Orion Nebula, in particular, has offered scientists some powerful insights into the forces that build the objects we see in the cosmos. It will continue to be observed for many years, decades, and perhaps even centuries to come, and there’s probably a lot more it will eventually teach us.