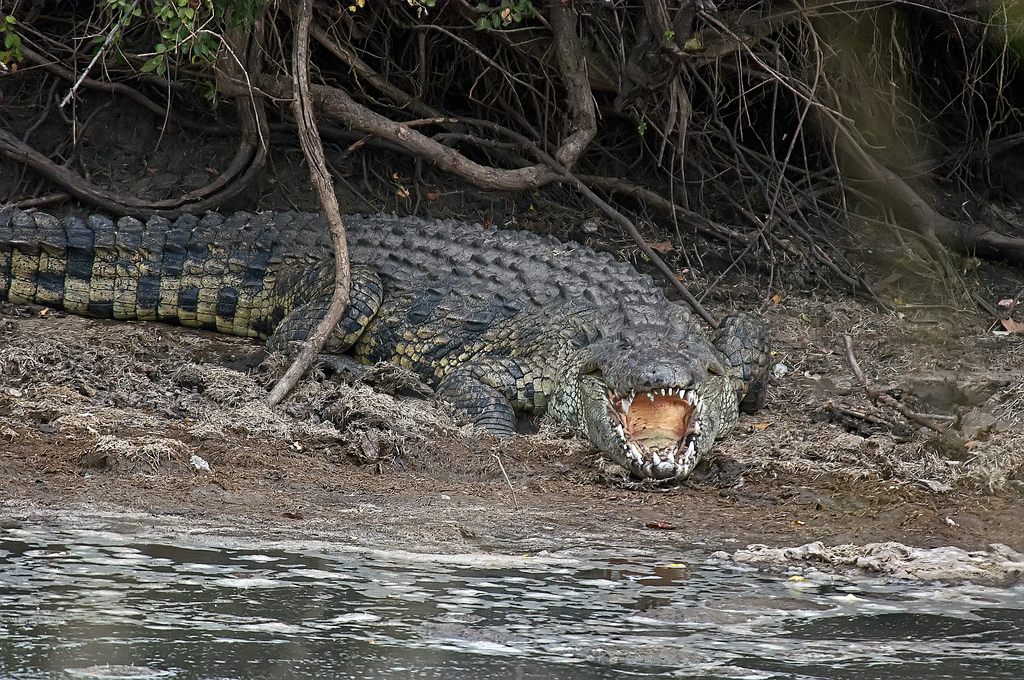 You’ve got to be a special kind of stupid to jump into a pit with live crocodiles, so it should come as absolutely no surprise that the story I’m about to unpack took place in Florida. As Action News Jax reports, staff from the St. Augustine Alligator Farm stumbled upon some bizarre items in one of the crocodile pits shortly after arriving on Tuesday morning. This story gets exponentially weirder from here.

The items which the employees found were a pair of shorts and a single Croc slipper. Park staff initially assumed it was some kind of lame prank, but then they found blood on a nearby platform. Yes, this is going exactly where you think it’s going.

As has been revealed by a surveillance video from the park, a man decided it was a good idea to strip down to his underwear and take a dip in the crocodile pit. One of the animals chomped on him, and he fled the scene in just his boxers and with a bloodied leg.

Local police actually took him into custody before receiving word from the park that there had been an overnight break-in. The officers apparently found an injured man wandering not far from the park, and while he told police that he had been attacked by “an alligator” he wouldn’t admit that he had sustained his injuries in the nearby farm.

The man, who has not been named, was bitten several times on his foot and legs, but not all of his injuries came from the animals. The pit where the crocs were being held was walled off by a fence that was topped with barbed wire. That apparently wasn’t enough to deter the man from his mission, as he managed to scale the barrier and jump down to where three 12-foot-long Nile crocodiles were hanging out.

The fact that the dude managed to make it out of the pit alive is something of a miracle in itself, but he’ll now have to answer to the law.