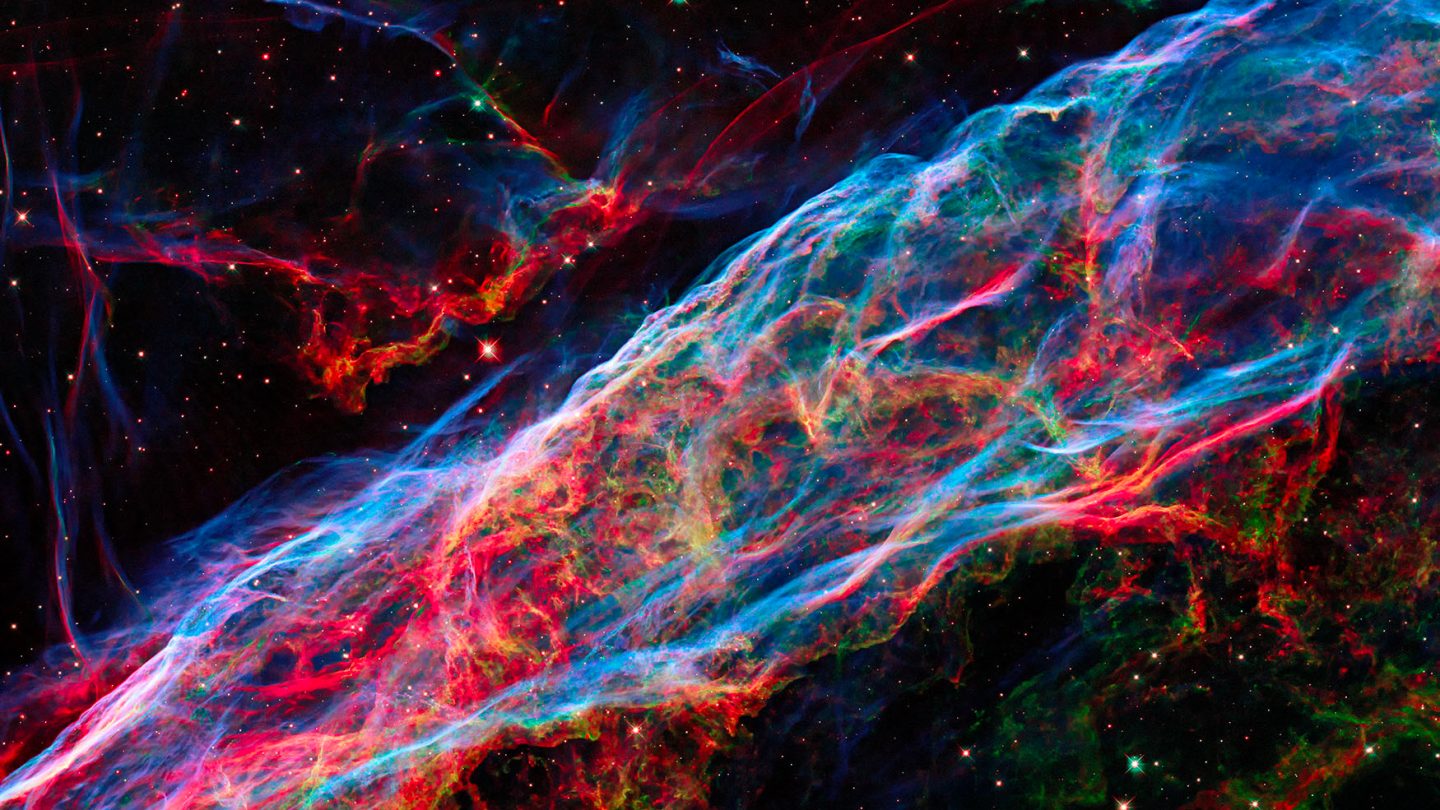 Science-fiction flicks have really skewed our perception of what various features of the universe look like. It’s become so easy to make fake planets, galaxies, and other celestial sights that it’s easy to forget how incredible our own totally real universe actually is. NASA’s Hubble Space Telescope is always here to remind us, and a new snapshot of the distant Veil Nebula shows us that even the most bloated special effects budget can’t compare with what Mother Nature has painted in the cosmos.

The image, which was taken at a ridiculous distance of 2,100 light-years from Earth, is absolutely awe-inspiring in every way possible. The nebula you see here is the result of the death of a massive star that is estimated to have been 20 times the mass of our own Sun. That’s a whole lot of material being blasted into space, and this swirling mass of gasses is what is left some 10,000 years after the star detonated in a blast that would have decimated anything in its path.

The Veil Nebula is what is known as a supernova remnant. That just means that it’s a portion of what is left after a supernova explosion, but what makes this image so interesting is that it’s actually a modified version of the same snapshot that was showcased by NASA six years ago. Additional processing of the raw data from Hubble has provided scientists (and, luckily, the rest of us) with an even more detailed look at the waves of gas.

“To create this colorful image, observations were taken by Hubble’s Wide Field Camera 3 instrument using five different filters. The new post-processing methods have further enhanced details of emissions from doubly ionized oxygen (seen here in blues), ionized hydrogen, and ionized nitrogen (seen here in reds),” NASA explains in a blog post. “The Veil Nebula is the visible portion of the nearby Cygnus Loop, a supernova remnant formed roughly 10,000 years ago by the death of a massive star. That star — which was 20 times the mass of the Sun — lived fast and died young, ending its life in a cataclysmic release of energy. Despite this stellar violence, the shockwaves and debris from the supernova sculpted the Veil Nebula’s delicate tracery of ionized gas — creating a scene of surprising astronomical beauty.”

Nebulas like this might seem like the bookend of a star’s life, but really they’re just another step in the life cycle of stars and planets. All of these gasses will eventually coalesce into tighter and tighter clumps. Mixed with dust and other material, it could become an entirely new planetary system. It might take billions of years for that to happen, but this constant recycling of material is what happens in our universe, and it’s an awesome thing to behold.