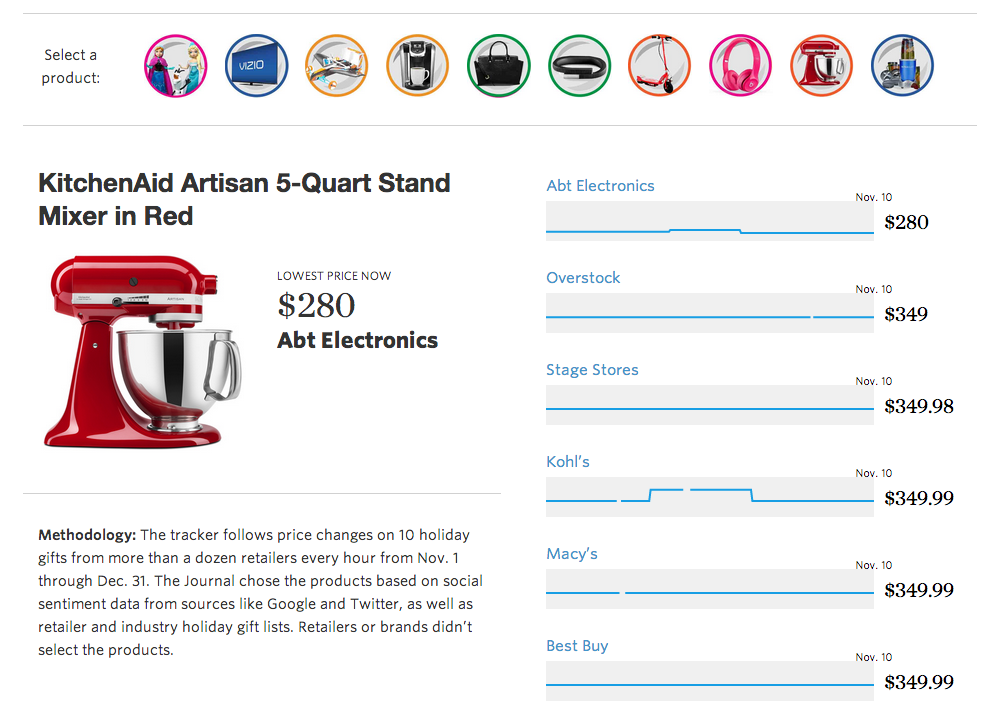 The most stressful time of the year has arrived: it’s holiday shopping season, and the chances of your bank account coming out unscathed are slim to none. Thankfully, The Wall Street Journal is debuting its Christmas Sale Tracker this year to keep consumers up to speed with all the best deals from around the Internet, as retailers constantly readjust their prices to stay one step ahead of the competition.

There are only a few items listed on the tracker, but it should be a useful indicator for keeping track of which retailers are fighting more aggressively for the holiday shopping crowd.

As WSJ notes, the latest data from Adobe Systems shows that the best deals on popular items are coming earlier and earlier every year. In 2013, the best deals of the year came on the Sunday before Thanksgiving. By the time Black Friday rolled around, many of the products that shoppers were looking for had sold out. This trend is expected to continue through 2014, as Target, Best Buy and others have already begun advertising what might be their lowest prices of the season.

“We saw a lot of shipping delays last year, because e-commerce orders were larger than anticipated, and shopping later in the season caused the system to back up. So, this year retailers are trying to lengthen the season by dropping prices even earlier,” Tamara Gaffney, principal analyst of Adobe Digital Index, told WSJ.

If you want to get the jump on all of the best deals over the holidays, you might need to start sooner than you expected.